South Africa's players explain decision not to take a knee

In its report issued on Wednesday it expected government debt in the EM19 to rise by almost 10 percentage points of GDP on average by the end of 2021 from 2019 levels.

This will be driven primarily by wider primary deficits, although some are likely to see higher interest payments contributing to higher debt.

Debt burdens in Brazil (Ba2 stable), India (Baa3 negative) and South Africa (Ba1 negative) will rise to among the highest across the EM19 by 2021.

“The weakening in debt affordability will be modest in general, except in Indonesia (Baa2 stable) and South Africa, which, alongside India will have interest payments account for more than 20% of government revenue, ” it said.

Moody’s also said beyond the initial shock, exposure to commodities and tourism may have a long-lasting impact on some EM19 economies and government finances.

Credit differentiation will be determined by the effectiveness of policies to adjust to longer-term shifts, as well as the availability of deep and stable financing sources to anchor borrowing costs.

It noted that some of the EM19 face economic risks and potential revenue shortfalls beyond the immediate shock given their exposure to commodities, tourism and generally sectors exposed to lasting changes in behaviours, weak global demand and persistently weaker productivity growth.

Moody’s also highlighted policy credibility and buffers will be a key differentiating factor for the EM19.

The ability to reverse the fiscal and debt deterioration and respond to longer-term challenges posed by the coronavirus will ultimately determine credit quality.

Meanwhile, South Africa and Turkey face a significant policy challenge with lower growth and wider deficits over the medium term than would be necessary to stabilise their debt burdens, let alone lead to a reversal.

For Indonesia and South Africa, the ability to widen or avoid a permanent reduction in revenue bases will in part determine longer-term debt affordability.

South Africa's players explain decision not to take a knee 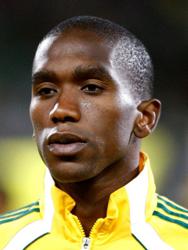