Poor in a rich nation 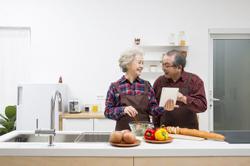 BASED on Department of Statistics Malaysia’s (DOSM) recent Household Income and Basic Amenities Report 2019 released on July 10, Malaysia is defined as a nation that falls under the World Bank’s definition of an upper middle-income economy as our gross income per capita of RM45,131 is within the band of US$4,046 and US$12,535. On a per month basis, the gross income translates to about RM3,761.

On July 23 and in a separate report, the DOSM released Malaysia’s share of GDP using the income approach and it showed that compensation to employees (CE) was 35.9% of the nation’s GDP in 2019, up just 0.1 percentage points from 35.8% the year before. Gross operating surplus enjoyed by providers of capital remains the lion’s share at 60.4%, while the government’s revenue in the form of taxes less subsidies provided is just 3.7%. According to DOSM, growth in CE too have slowed to just 4.8% last year against 6.1% in 2018.

DOSM’s household income report also showed that Malaysia’s 2019 current mean and median income at RM7,901 and RM5,873 respectively and this is based on 7.277 million households which have an average of four persons per household. Of the RM7,901 average monthly income, 61.6% is from paid employment, 17.3% is from self-employment, 12.3% from property and investment and 8.2% from transfers received. Another interesting but sad revelation for the B40 group is that the mean income remains below the median income but the gap has been narrowed from RM152 to RM14. For M40 and T20, the mean or average income is still higher than the median income and the gap is actually widening. For M40, this increased by RM255 while for T20, this jumped by RM265. The conclusion from the above is simply the fact that the rich are getting richer while the poor are struggling to uplift themselves financially.

Poverty – recognising the elephant in the room

Another interesting finding from the 2019 report is related to poverty. For far too long, Malaysia has championed itself as a nation that was able to eradicate poverty in a successful manner. However, the sticking point was that the Poverty Line Income (PLI) was not property established as it was based on using Cost of Basic Needs approach and was last reviewed 15 years ago to be at RM980 per month.

With the fixed PLI of RM980 per month, it is not surprising to see our poverty rate improving “tremendously” from a high of 3.9% in 2007 to just 0.4% in 2016 and 0.2% last year. The magic trick was obviously the fact that the PLI bar was set too low and as income of households grew, more were elevated from poverty.

Poverty can actually be measured in several ways. Other than absolute poverty, there is also relative poverty and multi-dimensional poverty. Malaysia has chosen the absolute measurement to define what is poverty.

The 2005 absolute PLI has now been revised based on current needs which take into consideration optimal and healthy food intake as well as non-food based requirements.

With this revision, Malaysia’s absolute PLI has now jumped 125% to RM2,208 per month. Naturally, this has placed more Malaysians back into poverty as the incidence of poverty is now at 5.6% for 2019 and retrospectively, a two percentage points improvement from 7.6% in 2016.

While the new PLI has resulted in higher incidence of poverty, the relative poverty measurement, which is a moving target and is based on 50% of median income, shows a much more worrying figure. As the median household income is now at RM5,873, the relative PLI is now at RM2,937 per household per month. With the higher threshold level, the number of households deemed to be relatively poor has in fact increased from 15.9% to 16.9%. This suggests that one in every six Malaysian households is relatively poor. Malaysia first introduced minimum wage with effect from 2013 and that was set at RM900 per month. At the time of announcement in April 2012, the nation’s median household income was about RM1,813 per household. The introduction of minimum wage had actually helped Malaysia to address the incidence of relative poverty as statistics shows that in 2014, the figure dropped to 15.6% from 19.2% in 2012.

The right formula for minimum wage should in actual fact be benchmarked against relative PLI, which is now at RM2,937 per household. Taking a 50% value of the relative PLI, Malaysia should raise its minimum wage to about RM1,500 per month while annual increase in this new threshold should be adjusted annually for productivity gains as well as inflation rate. Only then can we have a more equitable income distribution and the gap between the have and have nots can be narrowed.

Failure to raise the minimum wage in Malaysia will see Malaysians remaining relatively poor in a rich nation as income disparity continues to widen. There are some who argue that the minimum wage does not benefit Malaysian wage earners but rather foreign workers, both legal and illegal.

With an estimated six million foreign workers in Malaysia and assuming half of them are at least at the minimum wage threshold of RM1,200 now, the higher minimum wage of RM1,500 for all workers would mean that the government stands to collect some RM10.8bil in revenue with this two-tier policy. This will also encourage local employers to hire Malaysians with better compensation schemes and hopefully by the time we have the next Household Income and Basic Amenities Report, income disparity is narrower.

It is also hoped that with higher wages, the share of income of the nation too can improve from the 35.9% last year, and government revenue in the form of taxes will increase while subsidies provided by the government can be reduced. This would obviously mean that providers of capital would need to re-adjust their expected share of nation’s income and that target should be much lower than the current 60.4% income share.

An equitable income allocation should be 40%-42% for CE, 8%-10% for the government in the form of net taxes (i.e. taxes less subsidies) and about 50% in gross operating surplus to the providers of capital.