Millionaires ask for higher taxes to pay for virus aid

NEW YORK: Dozens of millionaires from the US and six other countries have a message for their governments: “Tax us. Tax us. Tax us.”

Calling themselves the Millionaires for Humanity, more than 80 wealthy individuals – including Walt Disney Co heiress Abigail Disney, former BlackRock Inc managing director Morris Pearl, and Danish-Iranian entrepreneur Djaffar Shalchi – are petitioning for higher taxes on the rich to help pay for the billions in new government programmes made necessary by the Covid-19 pandemic.

“Today, we, the undersigned millionaires and billionaires, ask our governments to raise taxes on people like us. Immediately. Substantially. Permanently, ” according to the open letter.

“We are not restocking grocery store shelves or delivering food door to door. But we do have money, lots of it. Money that is desperately needed now.”

Their missive, which comes ahead of this weekend’s Group of 20 meeting, isn’t the first such appeal. Even before the pandemic upended public finances, a cohort of 200 or so wealthy people calling themselves the Patriotic Millionaires – a group that include Disney and Pearl – were pressing for a more progressive tax system.

In their open letter, the Millionaires for Humanity warn that the outbreak could push millions more people into poverty and strain already inadequate health-care systems, staffed largely by underpaid women. Charity isn’t the answer.

“Government leaders must take the responsibility for raising the funds we need and spending them fairly, ” according to the letter. “We owe a huge debt to the people working on the front lines of this global battle. Most essential workers are grossly underpaid for the burden they carry.” — Bloomberg 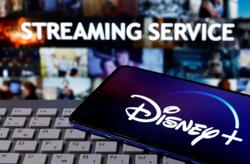 Disney+ Hotstar to launch in Indonesia in September