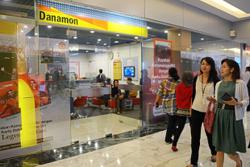 The stats that were released in the past week showed that total provisions for the whole banking sector continued to increase by 3.5% in May 2020 to RM844mil from the previous month.

THE trend of rising provisions in the banking sector during this uncertain economic period is evident in the most recent banking statistics released by Bank Negara.

The stats that were released in the past week showed that total provisions for the whole banking sector continued to increase by 3.5% in May 2020 to RM844mil from the previous month.

While it may have ticked up, most analysts believe that this higher figure was due to pre-emptive provisioning buffers that had been set by banks bracing themselves for possible negative outcomes from the Covid-19 pandemic.

CGS-CIMB says in its report that this was the result of additional pre-emptive provisioning by banks against the potential risks from Covid-19 on their asset quality.

“Banks’ total provision rose by RM1.64bil in the April-May 2020 period, which is the first two months of the second quarter, and this is even higher than the RM1.14bil increase in the first quarter, ” CGS-CIMB says.

“With this, we think that the banks’ second-quarter loan loss provisioning would be higher than the first quarter, which could drag down their earnings growth in the forecast second quarter, unless there is a material decline in total provisions in June from the previous month, ” it adds.

Ambank Research says it expects banks to proactively restructure or reschedule loans to prevent financing from being impacted by the Covid-19 outbreak by falling into the impaired status.

“The moratorium is expected to keep banks’ asset quality stable until Sept 30,2020, ” the research house says.

It was announced by the government recently that any extension of the moratorium after the Sept 30 deadline will be at the discretion of the individual banks.

Meanwhile, impaired loans continue to decrease, given that most borrowers have not stepped out from the moratorium period.

Analysts have said that any uptick in impaired loans would likely only be seen after the loan moratorium ends at end-September.

The industry’s outstanding impaired loans in May 2020 declined by 1.3% or RM367mil from the previous month, says Ambank Research.

“By loan purpose, the decrease was largely driven by lower impairments of hire-purchase loans, loans for the purchase of residential property, personal loans, credit cards as well as loans for construction and working capital, ” it says.

Affin Hwang says that the stats showed some stress in lending to certain sectors, such as financing activities and the manufacturing sector.

“In the coming months, we expect a rise in impaired loans, in particular in sectors such as construction, retail/wholesale/hotels and the household sectors. Meanwhile, the working capital, residential property, construction and commercial property segments make up the bulk of the impaired loans in the system, ” Affin Hwang says.

Maybank IB Research, meanwhile, says that it expects the gross impaired loan (GIL) figure to sustain and continue over the next few months to September since the loan moratorium is still in place.

“Consumers and small and medium enterprises (SMEs) have their credit positions frozen for now. As such, we do not expect to see much change in absolute GILs during this period, ” Maybank IB Research says.

Loan growth, meanwhile, continued to drop in May and was being pressured by the drastic drop in loan applications, says Maybank IB Research.

It notes that loan applications have continued to drop quite steeply and were down 39% y-o-y in May.

The same figure had dropped 41% y-o-y in April.

“On a three-month moving average basis, loan applications contracted by a hefty 30.1% in the month of May, ” Maybank IB Research says.

Affin Hwang Capital Research says that in the bigger picture, banking loans have seen a shift in demand among various industries.

It says that there has been a shift in demand and additional credit demand from the manufacturing, transportation/storage, energy/utility and wholesale/retail sectors.

“Credit was needed for these industries to cope with an unexpected surge in demand, such as the e-commerce business, warehousing, delivery services, food production and packaging material segments during the pandemic, ” the research house says.

However, it notes that there has been at the same time weaker loan growth from households as well as the construction and real-estate sectors.

These industries have been affected by the stop-work order during the different phases of the movement control order.

“For 2020, we are projecting a 1% y-o-y decline in loan growth, as we foresee potential write-offs of chunky loan exposures to sectors such as oil and gas, construction and real estate, but there might be stronger credit demand by certain other business sectors, ” Affin Hwang says.