Board changes at Boustead

and its other associate companies.

The conglomerate, which is a privatisation target of its majority shareholder, has appointed Izaddeen Daud as its new executive director of group business development, effective yesterday.

An accountant by training, Izaddeen, 51, was earlier appointed on the board of Boustead as an independent non-executive director on May 18,2020.

In a statement yesterday, Boustead said Izaddeen will be tasked to facilitate the growth of the conglomerate by bringing in new businesses, building new prospective business relationships, as well as generating synergies between companies within the group. He will be assisting the managing director in supervising the unlisted companies under the group’s trading, finance and investment division.

Notably, Boustead is an umbrella holding company for the Armed Forces Fund Board (LTAT), which controls several companies including Boustead Plantations Bhd

LTAT had earlier announced that it is mulling to privatise Boustead at an indicative price of 80 sen per share.

Boustead MD Datuk Seri Amrin Awaluddin said: “As Boustead intensifies our efforts to put the Company back in the black, we are pleased to welcome Izaddeen as our executive director to lead the group’s business development arm.

“This role is all the more critical for the group during these challenging and unprecedented times.”

He said Boustead is currently focusing its efforts in addressing the company’s legacy issues as well as mitigating the impacts of the Covid-19 pandemic. The plantation group said Shah Headan, 56, has more than 30 years working experience in the sector having started his career at Sime Darby Plantation 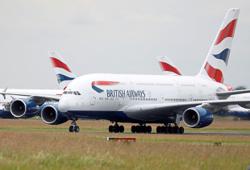