The future of Europe could be decided in Poland

THE European Union has many problems, but the most fundamental may be the rift between northern and southern member states and the even deeper fault line running between west and east.

That latter fissure is especially dangerous because, unlike the largely economic one between north and south, it tears at the EU’s core values, including democracy, freedom of the press and the rule of law.

For the past decade, Hungary’s prime minister, Viktor Orban, has been flouting these principles in the name of “illiberalism.” And for half a decade, Poland has been inching in the same direction, by whittling away at the independence of its judiciary and more. But Poland, more than Hungary, could yet change course. And that could start on Sunday.

That’s when the first round of Poland’s presidential election takes place. It pits the incumbent, Andrzej Duda, against a gaggle of challengers. A Polish president isn’t allowed to belong to a party. But Duda used to be a member of the ruling Law & Justice Party (PiS), enjoys its unambiguous support, waves through its legislation and evangelizes its nationalist, populist and anti-Brussels message. If Duda wins a majority, Poland will stay on its “Hungarian” path.

But, according to polls, Duda will secure only about 40% of the vote, thus sending the election into a second round on July 12. At that point, all those voters who want change are likely to converge around the strongest challenger, Rafal Trzaskowski, the popular mayor of Warsaw. Liberal, cosmopolitan and pro-European, he seems like a perfect foil for Duda and the reactionary PiS mentality.

The mere possibility of such a change shows how Poland differs from Hungary. In Budapest, Orban’s right-wing party, called Fidesz, has a constitutional supermajority in parliament and rules without regard for any opposition. Orban has in effect neutered the country’s judges, universities and newspapers. Freedom House, an American think tank, reckons Hungary can no longer be called a democracy.

Poland’s situation is not yet this dire: The power of PiS isn’t as monolithic as that of Orban and Fidesz. The eminence grise in Polish politics isn’t Duda but Jaroslaw Kaczynski, leader of PiS, a party he co-founded with his twin brother Lech, who died in 2010 in a plane crash. PiS, moreover, doesn’t have controlling majorities in parliament. The opposition has a majority in the senate, and even in the lower house Kaczynski must hold together a fragile and tense alliance with other parties called the “United Right.”

In May, when the presidential election was postponed because of the coronavirus, PiS had reason to be confident about Duda strolling into another term. But Poles haven’t been enamored with the government’s handling of the pandemic and recent allegations of corruption. Tellingly, Duda and PiS have reverted to a classically Orbanesque campaign mode, using an “us against them” stigmatisation of minorities to rally the rural, Catholic base.

This Duda-PiS push started with stunningly one-sided portrayals of Trzaskowski - shown on taxpayer-funded and nominally independent public television - that insinuated he isn’t a good Catholic and, with barely disguised anti-Semitic overtones, that he does the bidding of “a powerful foreign lobby.” Media watchdogs called the coverage pure propaganda.

The Duda campaign then plumbed new lows by singling out gays, lesbians and transgender people as their bogies. The president keeps comparing the West’s use of “LGBT ideology” with the old communist yoke and says it is a threat to the Polish way of life.

Duda, and eventually PiS, deserves to be kicked out just for this kind of bigotry. But he also needs to go for the EU to have any chance of moving forward. Under PiS, Poland has - often with Orban’s help - played a purely negative role, obstructing the bloc’s attempts to reform migrant policy, become carbon neutral and make progress generally. PiS talks about Brussels as a new imperial occupation force, even as Poland is the biggest net recipient of European development aid.

If Trzaskowski wins in the second round, he won’t be able to flip Polish policy single-handedly - the presidency is mostly a ceremonial office.

But he would have the power of veto, which parliament can override only with a three-fifths majority.

In effect, Trzaskowski would become the checks and balances that PiS has been dismantling. In that role, he could moderate the legislature and cabinet. This would strain the United Right alliance, possibly triggering a new parliamentary election.

Poland is hardly the only country where populations of largely urban cosmopolitans are in conflict with generally rural nativists - one author has called this a standoff between “anywheres” and “somewheres.” But as Europe is pulled apart by other forces, Poland’s return to a constructive and liberal mindset would be a big step. By choosing Trzaskowski over Duda, Poles could start healing one of Europe’s most painful rifts. — Bloomberg Opinion

Views expressed here are solely that of the writer’s. 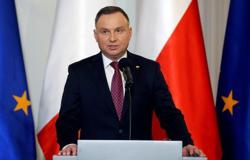 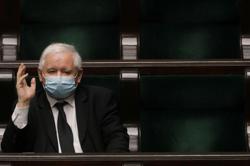