KUALA LUMPUR: Construction company TCS Group Bhd plans to raise about RM20.70mil from the issuance of 90 million new shares at 23 sen each enroute to its listing on the ACE Market.

It said on Monday under the IPO, the 90 million new shares would representing 25% of the group’s enlarged total number of shares, as well as an offer for sale of up to 18.0 million shares.

TCS Group said the 90 million new shares include up to 10.8 million shares for the public via balloting (with at least 5.4 million set aside for Bumiputera investors); up to 7.2 million shares for eligible directors, employees and persons.

Applications for the public issue are open from Monday and will close on July 10. Tentatively, the group is scheduled to be listed on July 23 July 2020.

Upon listing, TCS Group will have a market capitalisation of RM82.8mil based on the issue price of 23 sen and its enlarged total number of issued shares of 360 million shares.

Speaking at the launch of the prospectus, TCS Group managing director Datuk Tee Chai Seng said the listing exercise would enable it to “further strengthen our foothold in the construction industry as it enables us to gain access into the capital markets to fuel our expansion plans”.

Tee said the group plans to further strengthen our presence in the high rise, purpose-built and institutional buildings segments.

It will also broaden its revenue stream by venturing into infrastructure construction services to include major roads, highways and bridges.

Most of TCS Group’s projects are in the Klang Valley and Negeri Sembilan. Its customers include SP Setia Bhd 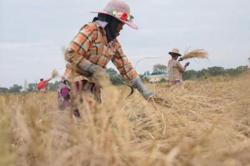