Extension of loan moratorium not healthy

WHEN the six-month moratorium on the repayment of loans end in September, banks have the liberty to extend the benefit to their consumers. This is what Finance Minister Tengku Datuk Seri Zafrul Abdul Aziz said in a recent interview.

However, no bank in the right frame of mind would want to extend the moratorium on loan repayment. It not only affects their bottom line but also further delays the painful process of sizing up the strength of their customers.

The six-month moratorium on all kinds of loans that comes with a fixed tenure has without doubt made life easy for many affected by the Covid-19 lockdown. Even those not affected, such as civil servants enjoy the benefits.

However, Tengku Zafrul has alluded that should the banks agree to an extension to the moratorium, it should be targeted at only those affected by the Covid-19 pandemic and not extended to all.

In the first place, should there be any discussion of the possibility of extension to the moratorium?

It should not since the matter is completely in the banks’ hands.

When the minister talks about an extension, it sends a lot of false hopes and wrong signals. To those grasping for any hope that the moratorium would be extended, it lends some credence to their thoughts.

But in reality the lenders are not looking at any. In fact, financial institutions have some reservations on how the benefit was accorded to all and sundry. Unless there is a gentle nudge from Bank Negara, which the banks may not accede to so easily this time around, there is not going to be any extension to the moratorium on repayment of loans.

In the last few months, the moratorium allowed those with tight financial conditions to breathe a little easier. It is not only individuals but also companies that benefited from the moratorium.

Certainly the incentives lavished by the government as part of the RM295bil stimulus package to counter the Covid-19 pandemic has been of great help in stabilising the economy. The moratorium on loans and other incentives thrown in played a big part in re-starting the economy.

For instance, the wage subsidy scheme helped employers keep their employees. The suspension of short selling on Bursa Malaysia, that is due to end on June 30, eased the selling pressure of shares owned by major shareholders.

As the economy re-boots, most of the businesses are adapting to the new normal. People are getting on with their lives without having to pay the monthly dues. A false sense of comfort has set in. How many will continue paying their dues in September is left to be seen.

The unemployment rate, which is now about 5%, is expected to inch higher. The services sector, which provides for the bulk of the employment opportunities for Malaysians, is still unable to operate as normal.

Owners of hotels and restaurants are not seeing the usual crowds. Even food courts are experiencing less than 50% of the crowd compared to the pre-Covid-19 period.

The trend now is to “eat in” and stay away from crowded areas. It will take some time before businesses return to normal. Some businesses may never be viable under the new normal.

Extending the moratorium on loans, continuing the wage subsidy scheme and carrying on with the ban on short selling beyond the time frame set three months ago tend to fester complacency.

It will only further delay the making of difficult decisions. It could even lead to the assumption that the government will do everything possible to prevent defaults, a possible jolt in the stock market even when it is overvalued and help keep unviable businesses afloat just to ensure that the unemployment rate does not spike.

The benefits were accorded to stabilise the economy and allow for a re-starting. The economy has already re-booted and will take a few months to adapt to the new normal.

Individuals have started to look for new jobs. Those who are unable to repay their loans will probably need to consider re-financing their debt obligations or sell assets.

As for businesses, those that are unable to survive under the new norm will seek to restructure their loans. If there is no external interference, banks will assess the credit worthiness of companies before considering lending any new money or giving leeway on repayment.

Companies are already used to operating under a low interest rate regime since 2009. In the current environment, interest rates are already low. Unless the business is so badly impacted by the new norm under the Covid-19 era, most companies should be able to get their finances sorted out.

Only zombie companies would fail under normal operating conditions. Zombie companies are entities that are not able to service their debts from the operations and dependent on handouts and loans to keep going. Such entities are sometimes described as the “living dead”.

Zombie companies are unable to invest, expand and grow. They provide employment but employees have little job prospects. They do not really contribute to the growth of the economy.

Is this healthy for the economy?

It certainly is not. It gives a false sense that “everything is getting along fine” when in reality we are trapped in a low income low performance environment. 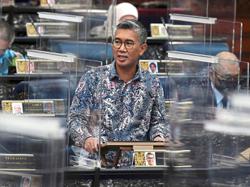 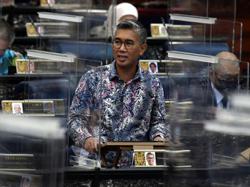