Exports of Malaysian palm oil to Africa set to increase

KUALA LUMPUR: The exports of Malaysian crude palm oil (CPO) to the African continent are expected to increase to about nine million tonnes this year compared with six million tonnes over the last decade, according to 3XG UK Consulting Ltd.

Founder and chief strategist Abah Ofon, said the higher demand had signalled that the consumption of the edible oil in the continent is growing at a rapid pace, for use among others in processed food.

He said this in a slide presentation released during a seven-day Palm Oil Internet Seminar (Pointers) taking place from June 22-28, organised by the Malaysian Palm Oil Council (MPOC) and Bursa Malaysia.

Citing an example, Ofon said Kenya, Tanzania, Ghana, Ethiopia, Djibouti, are among the growing markets for CPO in Africa.

He also noted that in 2011, Indonesia overtook Malaysia as the largest exporter of palm oil to Africa.

However, Malaysia is currently playing catch up and preliminary data showed that exports from Indonesia to Africa saw a sharp decline recently.

Another speaker, Thomas Mielke, executive director of ISTA Mielke GmbH (Oil World), forecast that the global consumption of palm oil will fall this season for the first time on record as the coronavirus-led recession has slashed demand for edible oils and fats.

He cautioned that the palm oil usage will drop by 2.2 million tonnes or around three per cent from last season.

In her presentation titled “Outlook for the Global Soy Complex and the Initial Impact of Covid-19”, Emily French of ConsiliAgra said that food demand will recover in India, China and Pakistan, which will benefit palm oil.

This year marks the 10th anniversary of the Pointers platform which was launched in 2010 with a member base of only 200.

Its following has increased significantly to more than 5,000 registered members originating from over 50 countries. The platform has proven to be an effective tool to reach out to the global audience in providing not only price trends of major edible oils but also for sharing key developments and opportunities from different regions of the world. — Bernama 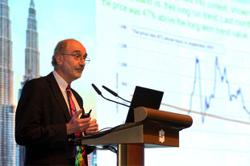 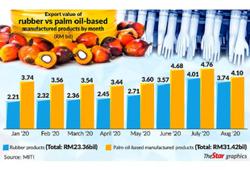