Labour issue: The influx of unskilled foreign workers has been found to depress wages in low-income occupations while retarding industrial upgrading.

PETALING JAYA: As the Covid-19 pandemic bites deeper into the country’s economy, voices are growing louder calling for the reduction of dependency on cheap foreign labour.

Economists and various organisations are in support of this move but agree that it should be done in a proper and orderly manner while stepping up automation and technology in the industries involved.

Singapore announced recently that it would look at ways to rely less on foreign workers and accelerate automation of certain tasks in its post-pandemic economy.

“At the same time, the share of machinery and equipment in terms of total investment has been declining from 43% in 2010 to 33% in 2019. This gives us the impression that businesses have not really upgraded themselves and instead are still relying on a low-cost model that involves unskilled or semi-skilled workers.

“This mentality has to change. Businesses, irrespective of economic sectors, need to think of how to scale up their operations to be more efficient. That way, they will gain better economies of scale and enhance their profit margins, ” he noted.

The government has provided various incentives, he said, adding that companies like in the rubber gloves industries are reaping the benefits as a result of their move to automate and improve their state of production technology.

AmBank Group chief economist Anthony Dass (pic below) said the 11th Malaysia Plan has set a cap on total employment of foreign workers not to exceed more than 15% or 2.3 million of the total workforce by 2020. “The challenge when relying heavily on migrant workers is when they go on strike. The economy risks collapsing. That is how heavily dependent we are on cheap foreign labour, ” Dass added.

The Covid-19 pandemic, according to Sunway University economics professor Yeah Kim Leng, (pic below) is an additional impetus as well as an opportune time for Malaysia to reduce its dependency on unskilled foreign workers. 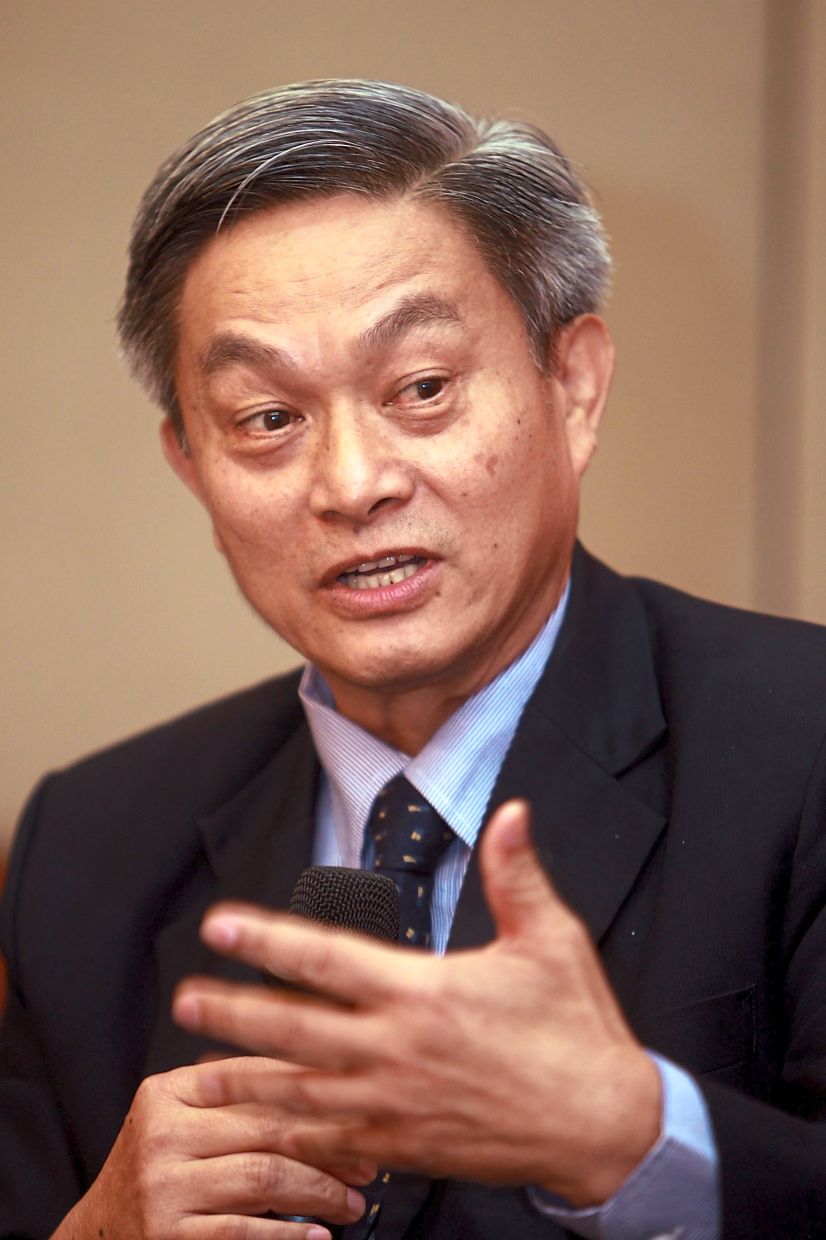 The high reliance is evident from the size of documented foreign workers estimated at around 15% of total employment. Including undocumented and illegal workers, he said the estimate went as high as a quarter of the country’s total workforce.

Though there are short-term benefits, he added that the influx of unskilled foreign workers has been found to depress wages in low-income occupations while retarding industrial upgrading, labour productivity, automation and labour-saving technological innovations.

“While the temporary pandemic-induced economic downturn makes it harder for businesses to invest in expensive automation, the right-sizing of production activities in line with lower post-Covid demand provides enterprises with the opportunity to reduce their reliance on foreign workers.

“They should explore substitution with unemployed Malaysians and tap the various government incentives to hire locals, ” Yeah said. He said the government should introduce incentives and measures to increase productivity in all economic sectors through automation and by promoting multi-skilling and multi-tasking.

The move towards the adoption of automation, however, would reduce the manpower requirements and impact employment of both local and foreign workers.

“MEF has proposed that the foreign worker levy collected should be set aside towards the promotion of automation and upskilling the local workforce moving forward to IR4.0.

“However, in these challenging times and the expected negative lingering effect of Covid-19 and pending the setting up of a holistic review of foreign worker management system, the priority should be the continuity of businesses and minimise disruptions and not to abruptly end employment of foreign workers.

“The phasing out of employment of foreign workers should be done in a proper and orderly manner, ” Shamsuddin said.

The right approach is to prioritise the need for better management and governance of foreign worker employment, he said. This include to eliminate illegal foreign workers estimated at four million nationwide.

He said the government should not regulate the employment of foreign workers based on security issues but rather based on labour market requirements in sectors such as agriculture, manufacturing and construction.

Shamsuddin added that policies, legislation and procedures relating to foreign workers should also not be ad hoc but instead be clear, comprehensive and sustainable.

Dass equates the current scenario with the upsurge in undocumented foreign workers as a “catch-22” situation. On one hand, he said if the authorities were to go after all of them, many companies would be affected.

On the other hand, locals who are offered to do the jobs of these illegal lots are not keen on it. He blames this on lack of careful planning and the way migrant workers are managed.

“What needs to be done is to make a conscious effort to move up the value chain through technology and automation.

“We need to have an exit policy on foreign workers: undocumented workers and potential acceptance of foreign workers. The exit policy has to be strictly adhered. Otherwise companies will be happy using foreign labour. Cheap labour may be good in keeping costs down but only for the near future.

“There is no easy solution to the problem. It is a balancing act to wean employers off cheap labour while considering the economic consequences of pushing industries, which are not ready, too hard, ” he said.

Afzanizam said while there are shortcomings of having foreign workers, the changes have to be gradual. “More importantly, there must be a constant dialogue with the stakeholders so that it will not create unnecessary shocks or burden that will result in a push back from the businesses.

“At the same time, we need to be mindful with our actions since issues on foreign workers, if not handled diligently, could sever our ties with the home countries of these foreign workers, ” he added.

“Priority should be given to transforming low-value, labour-intensive manufacturing and service industries to higher-value activities that support skills-based, high-wage employment.

“Industrial, fiscal and labour policies will need to be coordinated and sustained to drive the labour-intensive construction and agricultural industries to innovate and raise productivity by using labour-saving technologies and processes, ” he said.