Queues at govt depts a dampener

THE long queues at some government departments that provide services to the private sector and members of the public is simply perplexing.

Even to a befuddled mind grasping with the new norms of social distancing, it is unexplainable why a person has to queue up at 5am or earlier to ensure he or she gets services at the counter of a government department before the day is over.

The long queues are a subject of discontentment among the private sector. The two-month Movement Control Order (MCO) which resulted in in the closure of most government departments as part of measures taken to contain the Covid-19 pandemic has reaped its benefits.

But it has also caused a backlog of many services that are only available from government departments.

Even in ordinary times, the private sector’s demands for services from the land office to road transport departments and the valuation department have always been growing.

These public departments are always crowded because it is an important cog to the workings of the private sector.

There is always a logistics owner needing to renew the licensing office tax of his or her commercial vehicle and the demand from the legal fraternity for services from the land office is unending.

It does not end with the RTD or land office. The list of counter services in demand extends to the Companies Commission, stamp office, Customs Department, the Inland Revenue Board and several others.

The pent-up demand for such services is huge, especially after six weeks of lockdown beginning March 18.

All government departments opened their counter services on April 29 for limited hours. Two weeks later, the hours were extended. But because of social distancing rules, the number of people that are able to get the services is limited.

An exasperated logistic company owner fumed that his employee had gone to local licensing office three days in a row and failed to get to the counter.

He complained that his employee went to the department at 6am to queue up but failed to get to the counter by 1pm, after which it went offline.

A lawyer complained that he has been unable to complete transactions and execute payments to clients because the queue at the land office is notoriously long.

The queue starts at the wee hours of the morning – for instance at 4am at the land office in Klang.

Lawyers also contend that the courts are working at half pace.

The land office is crucial because it is the department that enables the transfer of titles, entering of caveat, land searches and everything and anything to do with transaction of properties.

Even banks release payments for purchases of fixed assets after the land office enters a charge on the title.

The huge backlog delays commercial transactions and circulation of money into the system.

Before March 18, the public sector used to provide services between 8am and up to 4pm. Nowadays, it’s common to see the counters close an hour or two earlier. Even some banks close earlier than the normal 4pm.

The rationale to close earlier is to minimise contact with the public for fear of Covid-19 infection.

The pandemic has been around for more than five months and Malaysia has taken serious efforts to combat the spread since March 18.

The efforts of the government have produced splendid results. The new norm of social distancing is well entrenched in the minds of most Malaysians.

But shouldn’t the new norm also be about changing the way services are delivered to the public, especially since a huge backlog has built up from the MCO of six weeks?

As less people have access to government counter services at any one time, shouldn’t the hours be extended instead of the normal 8am to 4pm? Can temporary counters be opened around the office premises or car parks to clear the backlog?

The risk in the spread of the virus does not increase by extending the operating hours or having more counters open to fulfill the demand. The risk only happens if the rules of social distancing are not observed.

The fear of a second wave happening is something that is at the back of the mind of even the ordinary man-on the street. But it has not prevented them from going to work or going about their daily businesses.

The private sector is operating at full throttle to make up for the loss of revenue and profits in the six weeks of lockdown. In fact, the emphasis of all governments at the moment -- from the US to India and China -- is the opening up of the economy.

Businesses latch on any opportunity that comes in their way to keep companies afloat and employees gainfully employed.

Factories have started running at full steam to meet the orders of clients. There is social distancing in factories but it has not affected output.

The reason is because the private sector is driven by profits. The government is a partner because for every RM1 earned, 25% goes to the government in the form of taxes.

For the economy to open up quickly, the public sector has to reciprocate. How to 'hug' while social-distancing 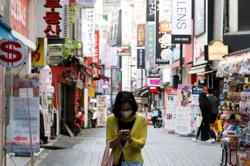 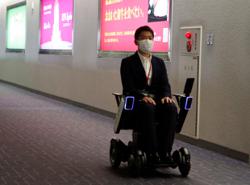