PETALING JAYA: Automakers are seeing a slow start to business under the conditional movement control order (CMCO), as car buyers cautiously adjust to the new normal.

“Since the movement control order (MCO) started, like most industries, the business environment has been challenging for Proton, ” it told StarBiz in an e-mail.

“The automotive industry is reliant on government services such as the Finance Ministry, International Trade and Industry Ministry (Miti), Customs Department and the Road Transport Department to bring in parts, assemble, sell and finally register cars. So it cannot act independently to resume business.” 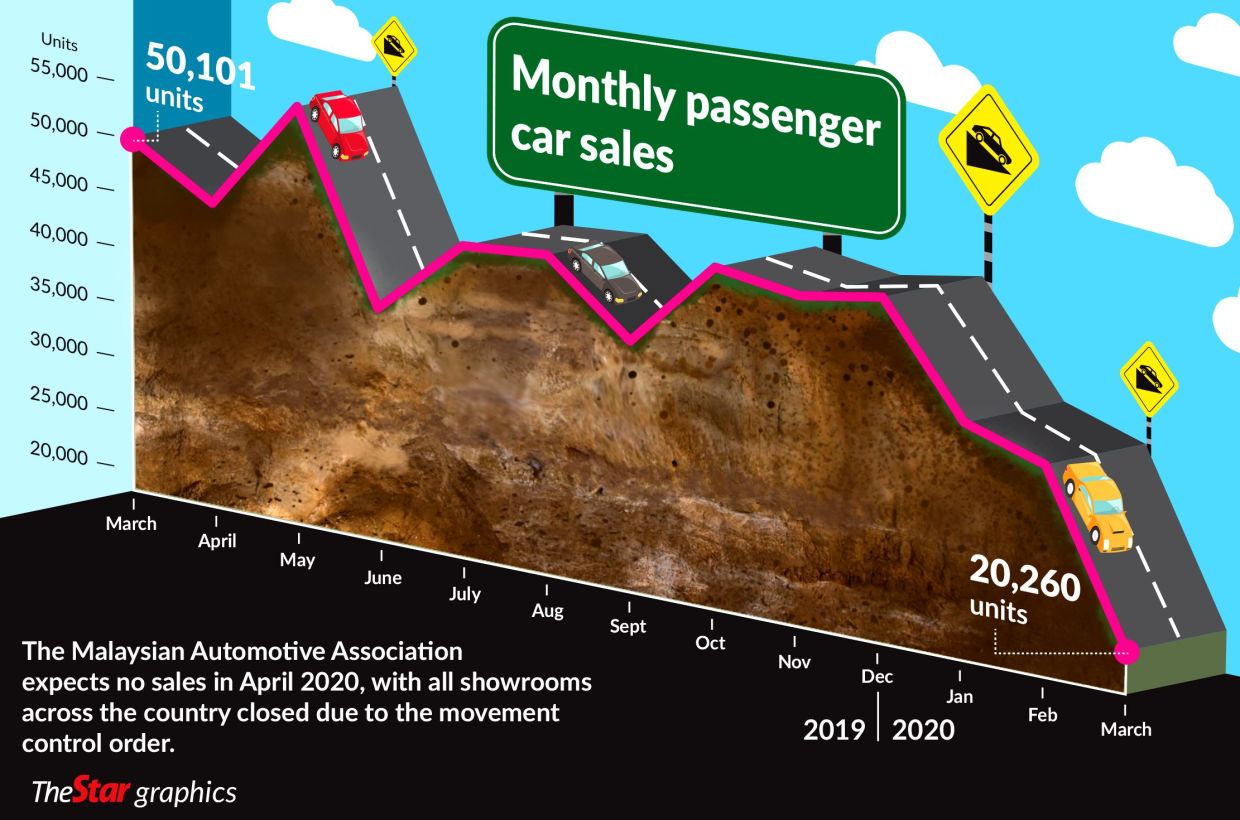 Nevertheless, Proton said it has not been idle. “While we had to stop production of cars and our sales and service centres had to remain shut, a lot of activity continued to both support the fight against Covid-19 and to prepare for when business could begin again.

“So, Proton first prepared 50 units of the X70 for the use of medical frontliners, then we worked with the Health Ministry and Miti to start a small production line to produce 60,000 face shields that were distributed nationwide.”

On the business side, the national carmaker said its senior management met regularly using video conferencing to discuss plans going forward in 2020.

“On the dealer side, our network planning department also continued to conduct training with our dealers and this was also achieved by using online platforms.

“The MCO also allowed Proton to perform preventive maintenance work at its plants in Tanjung Malim and Shah Alam and again, this was done to ensure everything is ready when the MCO is fully lifted.”

Having said that, Proton said it is aware that it could only make preparations, adding that ultimately the collective health of the automotive industry is dependent on multiple external factors.

“The first week of business has been slow as car buyers try to adjust to a new normal. It will take some time before we are able to return to our previous sales rate as we also have to adapt our production facilities to the new social distancing guidelines.

“Overall, it will be challenging but Proton is cautiously optimistic of the Malaysian automotive market eventually returning to the strong position it once occupied. How long that will take is unpredictable but we have a strategic business plan already in place.”

Given the extended MCO and its negative implications on business and sentiment, MIDF Research said in a report that any pent-up demand that existed previously would have probably withered away by now.

“Consumers are likely to have turned into ‘survival’ mode with little priority for discretionary spend in the near term, ” it said.

While it’s still too early to determine the outlook for the automotive sector, an industry observer said used car trends could be an indicator of how new car sales perform.

Last week, Federation of Motor and Credit Companies Association of Malaysia president Datuk Tony Khor told StarBiz that while only between 40% and 50% of used car businesses have resumed operations under the CMCO, transactions have been aggressive.

“The safety of our customers are paramount to us and we will continue to closely monitor the Covid-19 situation in Malaysia to ensure adequate safety and precautionary measures are in place at our premises.

“As we adapt to the new normal, we will be introducing many new digital approaches in the business, with the first being the Mercedes-Benz virtual showroom. Customers can now view their desired vehicles from the comfort of their own homes and gear themselves up for an immersive virtual test drive experience, ” he said in a statement.

To tackle the rise in Covid-19 infections in the country, the government implemented the MCO on March 18. On May 4, a CMCO was enforced to allow businesses to open again to recover the economy. The CMCO has been extended to June 9.

UMW Toyota Motor Sdn Bhd said its authorised Toyota and Lexus sales and service outlets in its network that are located in areas observing the CMCO were open for business since May 4.

“We will follow the standard operating procedures strictly at all our sales and service outlets for our customers’ peace of mind as well as to protect our staff, ” UMW Toyota Motor president Ravindran K. said in a statement.

Honda Malaysia also announced that all its dealerships have commenced full operations and that it had reopened its showrooms effective May 13.

The Naza Group also said several of its automotive brands had resumed operations.

also said all of its Nissan showrooms and service centres are already open with revised operating hours.

“Nissan staff will be wearing face mask while face masks, gloves and hand sanitisers will also be freely available to customers, ” it said.

Last month, the Malaysian Automotive Association announced that it was revising downwards its 2020 total industry volume forecast to 400,000 units from 607,000 previously.