While the respect always remained, slowly but surely, the fear turned into love. For we had found a father, a mentor and someone we could all look up to. To his mind, I suppose we were like pencils to be sharpened with knowledge, skill and a commitment to succeed and to excel.

I HEARD the news on Saturday morning and felt stricken.

But I dare say the passing of Datuk Rastam Hadi (pic), 88, was emotional not just for me but also the many Petronas employees whose lives he touched in one way or another.

I joined Petronas in 1975 as one of its original engineers reporting directly to him. He was then its executive director (exploration, production, processing and manufacturing), and subsequently became Petronas’ managing director.

Rastam was a mathematician by training and came to Petronas by way of the civil service. I later found out that Tun Razak Hussein, the then premier, had tapped him for the oil company from Bank Negara, where he’d been a deputy governor, and reckoned by the World Bank to be one of the best negotiators in developing countries.

In my memory, he was a strict, no-nonsense disciplinarian.

So, while we respected him, we also feared him.

He was sharp and logical. You had to be on your toes at all times. I remember vividly one morning the sound of something clattering softly on the wooden floor of the PM’s Department where we were then housed. It was the guy sitting next to me and he was shivering because he was due to brief Rastam next.

We always had to be prepared in his presence and it was good for us as we improved in our knowledge of the industry and, in the language of the current generation, we began to upskill.

We recognised that in ourselves and we were grateful. And while the respect always remained, slowly but surely, the fear turned into love.

For we had found a father, a mentor and someone we could all look up to.

To his mind, I suppose we were like pencils to be sharpened with knowledge, skill and a commitment to succeed and to excel.

He frequently allowed us to accompany him to meals with guests from other oil majors. And I noticed that he was always humble, and respectfully friendly to his guests.

And while I enjoyed the good food and drinks at these, always, good restaurants, I benefitted most by listening, absorbing ideas. This was education with a capital E: included were CEOs of some Fortune 500 companies.

Having been a former deputy governor he prized value, frequently exhorting us to look beyond the superficial, and at all sides.

These constant reminders have sunk into my consciousness and have very likely impacted my methods in later life.

He had favourite phrases as well. One example I remember: “If you want to catch fish on a large scale, do it on a commercial basis, not as an angler.”

It is self-explanatory and has served me well in life.

And he was decisive when the chips were down.

In 1979, the second oil shock hit during the Iran-Iraq War. Oil prices jumped and because diesel was a controlled item, the foreign companies were reluctant to supply at those prices. Hoarding began with frequent queues for diesel.

Rastam simply ordered us to buy diesel from our crude refined in Singapore. We sold it from skid tanks on the roadside directly to consumers, and the shortages vanished. That, you could say, was the beginnings of Petronas Dagangan.

These things stay with you forever.

Everyone agreed that the man was upright, very principled and honest.

This was well known and it’s no surprise that he was highly regarded in the industry.

I have been fortunate to have known and worked under Rastam. He has made me a better man, a better Malaysian and a better leader.

And for all that, I am truly grateful. 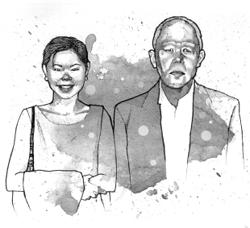 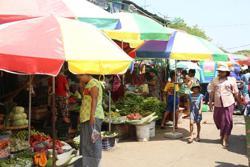 Myanmar economy to shrink by 5 per cent: World Bank 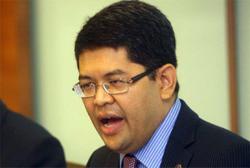