According to Kenanga research, the MCO will hinder receivables growth for at least the first quarter.

"While AEONCR is a Non-Bank Credit provider and does not need to adhere to the six months moratorium, it has offered to allow a one-month deferment of payment for its customers," it said.

The group's non-performing loans ratio could also be on the rise due to the B40 group, which could consitute at least 50% of its profile, said Kenanga.

However, the current low base of of its NPL ratio of under 2% would help to sustain the group until normalcy returns.

The research house slashed its FY21 earnings estimate on Aeon Credit Service by 14% due to more cautious receivables growth and credit ratios.

The lower forecast still represents a 2% earnings growth against FY20 as Kenanga expects a softer 1HFY21 to be compensated by a recovery in 2HFY21.

It upgraded the stock to market perform from underperform previously but reduced its target price to RM8.80 from RM12.80.

"Our more conservative valuation is premised on the severely constrained market environment and we also do not discount the possibility of the MCO being extended beyond April 2020, which could futher dampend sentiment.

"However, with dividend yields of c.4%, which we view as sustainable, we recommend accumulating on weakness, for yield seeking investors," it said.

Core earnings for the period fell 20% year-on-year to RM274.4mil, which was within Kenanga's and consensus estimates. 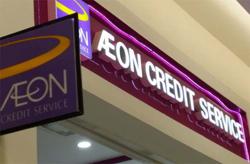 Aeon Credit to see slower growth due to Covid-19