’s Sukuk Murabahah programme of up to RM1bil.

MARC had on Wednesday accorded a stable outlook for the rating of the Islamic commercial papers (ICP) and Islamic medium-term notes (IMTN) under the programme.

“The contracts have provided steady earnings growth which, coupled with low borrowings levels, have translated into strong credit metrics, in particular liquidity and leverage positions, ” it said.

The rating agency said if UEM Edgenta maintains this trajectory, the outlook and/or rating could be revised upwards in the near term.

However, MARC would consider the impact of the coronavirus outbreak in its assessment of the group’s business operations and financial profile.

“As at date, the rating agency understands that except for a hiatus on its domestic highway routine and other non-critical works during the movement control order period, the group’s business divisions are operating as usual, ” it said.

MARC points out the company has a longstanding involvement in healthcare services servicing over 300 hospitals across Malaysia, Singapore and Taiwan through long-term government and commercial operation contracts.

These include up to five-year renewable contracts (with the option to renew up to a further five years) with Singapore’s Health Ministry for 20 out of 35 public hospitals in the city state, valued at a combined RM944mil.

“The ability to secure this sizeable contract from the Singapore government, which accounted for 22% of an estimated total of RM4.2 billion in healthcare contracts as at end-2019, reflects UEM Edgenta’s strong capability in healthcare support services, ” it said.

The recent changes in PLUS’ tolling rates are not expected to have material impact on Edgenta PROPEL Bhd, a unit of UEM Edgenta which maintains the highways.

MARC also said it had considered payment risk from PLUS as minimal given the toll concessionaire’s very strong capacity to meet its contractual obligations.

On the regional front, Edgenta has presence via the joint operation of the 116 km Cikampek Palimanan Highway, part of the Trans-Java toll road. Its maintenance contracts cover over 3,100km of highways and state roads. The rating agency understands that the group is seeking to broaden its highway maintenance services in the region.

“Its leverage as reflected by the gross debt-to-equity of 0.33 times remained relatively low. It has a strong liquidity position with RM621mil in unencumbered cash against short-term borrowings of RM155.90mil.

“With limited capex undertaken, total borrowings have declined to RM519.1 million at end-2019. Cash flow from operations has improved, supported by the strong credit profile of its major customers, mainly the Malaysian and Singaporean governments and related company PLUS, ” it said. 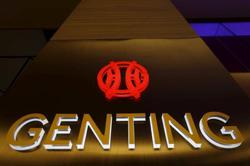