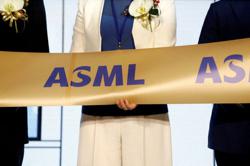 IN times when not only the Malaysian but the global economy is in massive turmoil, a new ranking compiled by international market research firm Statista provides some positive news for a change, it shows the country’s fastest growing companies, based on revenue growth between the years 2015-2018.

“While most of these growth champions are also massively affected by the current near standstill of business activities, they should still take a moment and be proud of what they have contributed in recent years as accelerators of the Malaysian economy”, says Statista partner Thomas Clark.

He adds, “Managing growth is a difficult task in itself, but I believe that these mega-fast-growing companies have what it takes to weather the storm and they might come out even stronger after the crisis is over."

As most of the companies in the ranking are privately held and do not have to report their revenue figures, the data below was compiled by active research from Statista’s analysts, flanked by a call for registrations made in The Star.