PETALING JAYA: Axis Real Estate Investment Trust’s (Axis REIT) is in the midst of acquiring seven new properties worth RM288mil, with RM140mil worth of properties in the pipeline so far this year.

Its CEO and executive director Leong Kit May told reporters that the seven properties, located across Peninsula Malaysia as well as one in Kota Kinabalu, were mainly focused on industrial-type assets, in the manufacturing and warehousing sectors.

She said the group had already signed sale purchase agreements, or accepted a letter of offers for these properties, which were all expected to be completed by the middle of this year.

As for the other RM140mil in assets, she said that they were still at preliminary stages of acquisition.

“We are very optimistic about these acquisitions, and we hope to be able to share more details soon.

“On top of this, we are also actively looking around for more investment-grade assets to be added to our portfolio, ” she said during a press conference yesterday.

Leong noted that the group had been heavily-focused on on industrial-type assets, particularly in the manufacturing and warehousing sector over the past two years.

She said the reason for the focus on this asset-type was largely the strong growth in the industrial space, aside from it being syariah-compliant.

“We are very optimistic, especially in the warehousing segment, given the growth in e-commerce, ” she said.

Leong added that the group’s exposure to the office segment, which remains under pressure owing to an oversupply situation, was limited to only 5% of its entire portfolio.

Of this, she said, three assets were fronting the federal highway, and continued to enjoy good occupancy rates.

Leong also noted that the group expects to spend about RM10mil to enhance its existing assets this year, including upgrading electrical systems and improving carpark areas with better lighting and CCTV systems.

For the fourth quarter ended December 31,2019, Axis REIT had recorded an increase in net property and investment income, which rose to RM148.68mil from RM87.85mil a year ago.

This was mainly on the back of RM101.55mil in fair value gains on its investment properties.

HLIB Research, in a report yesterday, noted that Axis REIT was still actively pursuing quality acquisitions with focus on Grade A logistics and manufacturing facilities as its prime focus.

“We expect better FY20 with full year contribution from newly acquired properties (property in Batu Kawan and facilities in Nusajaya) which were completed during Q3’19, ” it said.

The research house, maintained its “buy” call and target price of RM2.03. 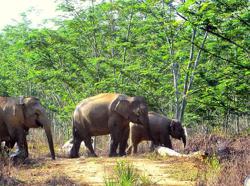