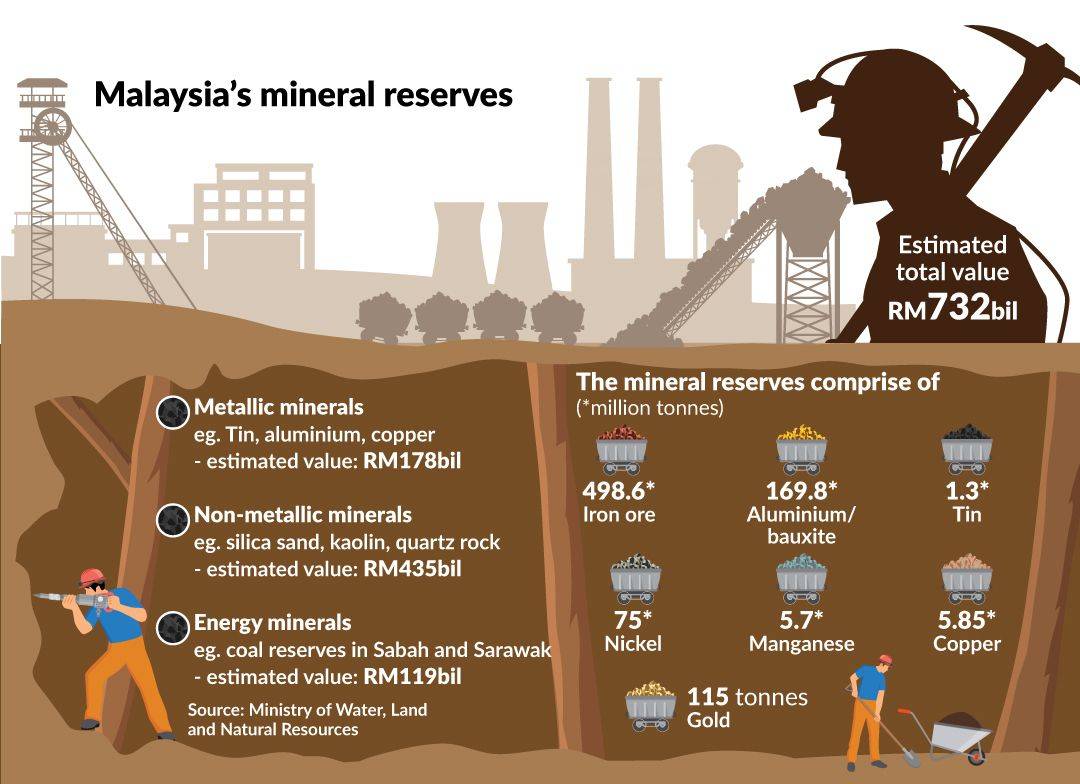 WHILE it boasts of huge economic potential, the planned revival of large-scale mining activities in Malaysia also raises concerns about its potential negative impact on the environment.

Mining activities are known to be detrimental to the environment, especially when unregulated, potentially resulting in land erosion, loss of biodiversity, and the contamination of soil and water due to the chemicals released during the mining process, among others.

In Malaysia, an example of this was the damage caused by unregulated bauxite mining in Pahang a few years ago.

Widespread damage to the environment, with red dust covering roads and contaminated waters, had posed health hazards to mine workers as well as communities surrounding the area back in 2015.

The incident ultimately led to a three-year moratorium on bauxite mining in the state.

The government ordered a halt to all bauxite mining on Jan 15,2016, to address the public outcry over concerns about pollution, lack of regulation and weak enforcement.

The moratorium was lifted on March 31 this year, amidst criticism that the government had not made public the new standard operating procedures (SOP) it promised to put in place for bauxite miners, and concerns about weak enforcement.

More recently, in August this year, the World Wildlife Fund Malaysia spoke against a proposal to allow silica sand mining on an island off the northern district of Kudat in Sabah.

Even prior to the announcement, environmental NGOs in the state had issued a strong statement urging the government not to conduct mining in the state.

The statement had been in response to state Mineral and Geoscience Department director-general Effendi Abdullah Azizi’s suggestion that the state government should issue more mining licences to encourage extraction of natural resources.

The NGOs cited the state’s experience with “irreparable damages” to biodiversity caused by copper mining activities in Mamut, at the foothills of Mount Kinabalu.

Waste from the mine had polluted rivers and impacted local communities before the mine had been closed in 1999. 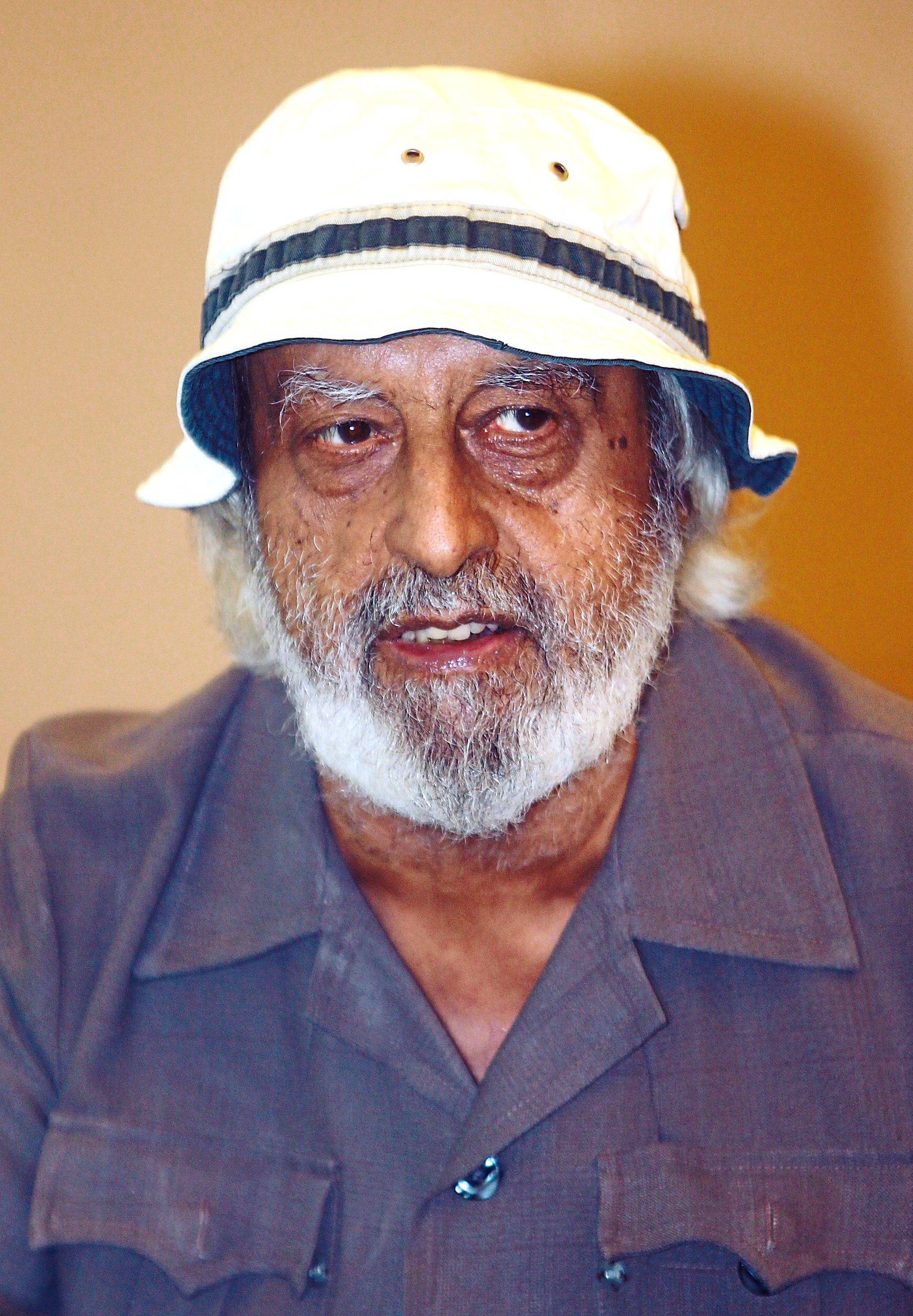 Chairman and founding executive director of Centre for Environment, Technology and Development Malaysia (Cetdem), Gurmit Singh (pic) tells StarBizWeek that he is not convinced that mining activities can be carried out sustainably, given Malaysia’s weaknesses in the area of enforcement.

Enforcement, he says, is the biggest concern as even having the best technologies and SOPs in place would be pointless if there is no proper enforcement by local authorities.

He says Malaysia should learn from its past mistakes, such as from the disastrous consequences of bauxite mining in Pahang.

“If we must issue more mining licences, the activities must be carried out in a safe and sustainable way.

“Secondly, the land must be restored to its original state once the activities are completed, ” he says.

Environmentalist Prof Maketab Mohamed, meanwhile, says a key area of concern is land clearing, particularly if it involves virgin forest land, due to the potential loss of biodiversity.

“When conducting mining activities, wastewater from processing will be very high in total suspended solids (TSS) – this must be properly treated before it is discharged into the nearby rivers, ” he says.

He adds that after the activities are completed, the land must be rehabilitated and planted with local plant species before returning it to the state.

“It should not just be abandoned as was done previously, ” he says,

Maketab also stresses that a lot will depend on enforcement by the authorities to ensure that regulation and the SOP are adhered to.

He notes that the country had learnt lessons from previous experience, with mining activities having caused damage to flora, fauna and habitats.

“If we really have to boost mining activities, we must be extra careful to ensure we do not affect the environment, ” he says. 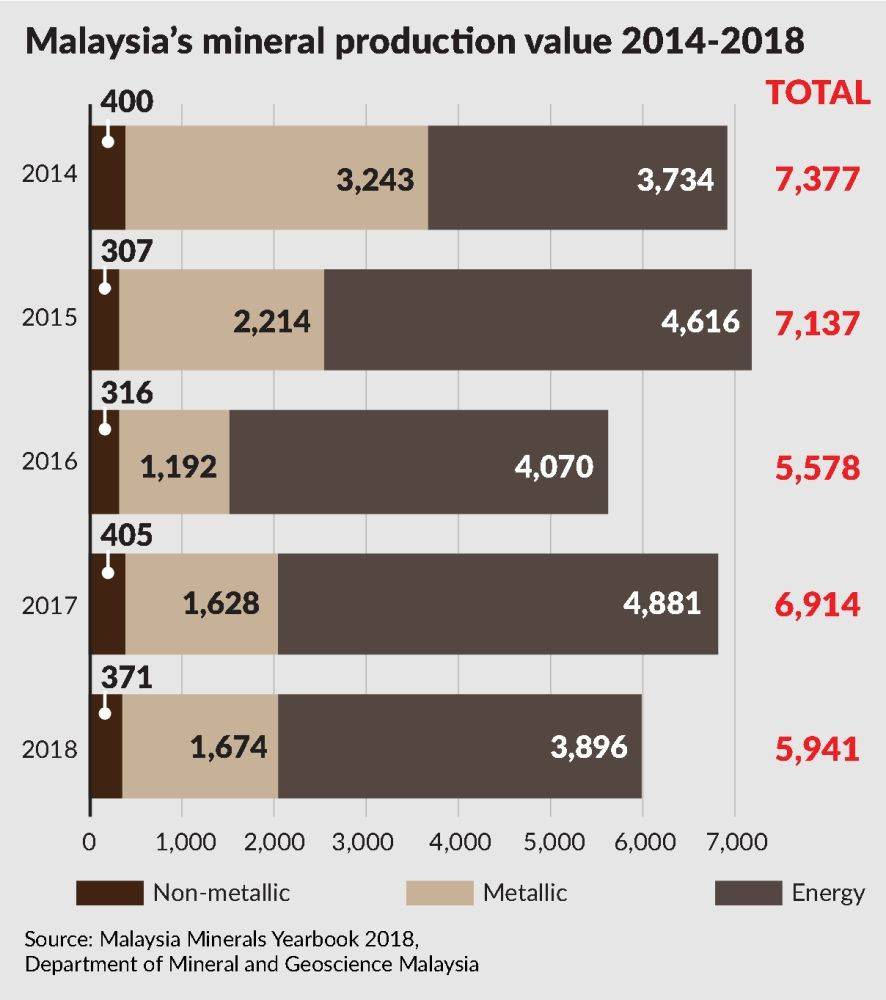 He adds that the right knowledge and technology must be employed so that the move does not adversely impact the country’s biodiversity and public health.

Ahmad also notes that there are other economic activities that the government can look at, instead of pursuing non-sustainable natural resources.

While environmentalists remain wary of the plan to rejuvenate Malaysia’s mining sector, industry players are lauding the long-awaited move.

The Malaysian Chamber of Mines says there is a lot of interest from foreign industry players to invest in the local mineral industry, particularly from China.

“We are most encouraged by the government’s intention to revitalise and re-energise Malaysia’s mining industry as an important and significant contributor to the country’s GDP, ” he tells StarBizWeek.

The chamber, he says, had submitted a proposed “Mineral Resource Industry Development Master Plan, 2019-2030” to the government earlier this year, and recently held a briefing for the Water, Land and Natural Resources Minister on the proposal.

Mohd Ajib says the chamber hopes the push to boost mining activities will lead to the setting up of the Mineral Industry Development Board and also a mineral development task force in each state for accelerated exploration and mine development programmes.

On the issue of environmental impact, he says the chamber is of the stand that the mining of minerals like bauxite and rare earth elements must be undertaken in a responsible and sustainable manner.

“The mining of such minerals should be undertaken legally within the requirements of the mining and mineral legislations.

“It should also be undertaken with due consideration of the environment as well as preservation of the good image of the mining industry, ” he says.

Enforcement by the authorities for the breach of any requirements, he adds, should be undertaken effectively without fear or favour.