KUCHING: Sarawak has taken a big step in the export of cultured red tilapia with the first consignment of 12 tonnes to Singapore.

Currently, the company has about 3,000 cages to rear the fish, and its monthly production is 50 tonnes.

According to Borneo Ecofish managing director Thomas Hii, the company plans to install 2,000 new cages by next year to double monthly production to 100 tonnes.

The red tilapia are processed and exported by Sea Horse Corp Sdn Bhd, which has been exporting prawns and jellyfish to Singapore and other overseas markets.

Eight business agreements were signed at the inaugural Sarawak-Singapore business forum and expo held in conjunction with the centre’s opening.

Borneo Ecofish forged a business collaboration with Singapore’s Sheng Siong group at the launch and several negotiations that followed borne fruits, with the commencement of the export of the fish to the island state.

Uggah said the export would help to boost the development of Sarawak’s inland fisheries.

Sea Horse director Lee Choon Kheng said the company had exported about 200 tonnes of prawns to Singapore in the first nine months of this year, adding that the total value of shrimp export in 2018 was about RM52mil. 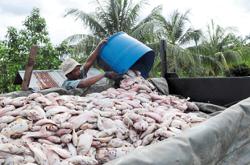 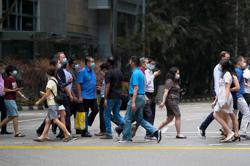 Singapore: Covid-19 issue under control but unemployment rates rise to 3.6% in Sept