Jerome (left) with his mother Brenda hold up some of their SOBA wins over the years.

Describing 3R Quest as an environmentally sustainable company with a priority in scheduled waste management, its director Jerome Heah revealed that mergers and acquisitions could be “part and parcel” of the company’s future plans.

Leveraging such business opportunities could help diversify the company’s revenue channels by bolstering its portfolio of waste management and treatment products and services categories, which would in turn address a wider range of customer needs and expand its customer base.

That said, the company is first looking into acquiring new technology and a possible expansion outside its one-acre Rembau facility in Negri Sembilan by establishing an additional facility elsewhere in Peninsular Malaysia. Expansion into Sabah and Sarawak is still being considered but more due diligence on infrastructure and logistics are required before any plans are made. Walking the talk: Jerome checks vegetables that are ready for harvesting on the company's premises, where the staff are free to pick their own vegetables.

“We’re looking at new technology and expansion but discussions are still ongoing. Nothing is finalised yet, so our options are still open in that sense. Locally, scheduled waste can’t cross boundaries, so we need to straighten out the regulatory requirements and local environmental laws because they may differ widely, ” Jerome said, adding that there are many other aspects to take into consideration.

3R Quest is currently assessing three to four different technologies in waste management, which would enable it to manage most types of waste in higher volume and with better treatment systems.

Ideally, it will be able to get the technology aspect squared away next year, with expansion in the coming one to three years.

3R Quest director Brenda explained, “There’s a process that we need to go through to ensure the technology works – the proof is in the pudding, after all. Things like extra requirements, regulatory issues and evaluation mean that it may take some time.”

Last year’s growth was positive, as the company registered double-digit growth and received a larger number of enquiries. As for 2019, awareness on the environment and its impact has seen a definite spike, which has also played a role in boosting business, but she noted that there was a big difference between high levels of awareness and proper waste management prioritisation. There’s a process that the company needs to go through to ensure the technology works, said Brenda.

This is because the waste management business is a volatile one, closely tied to the economic performance of its customers, as well as a high dependence on public sentiment.

“A lot of people see us as a cost rather than a benefit. Companies tend to do it because they have to and not because they should, so they don’t make it a part of their regular expenditure. At the other end of the spectrum, we have customers who are held accountable to the standards of their principals in European and Western companies, ” Jerome said, adding that there is also a number of companies using 3R Quest’s services because they support what it stands for and its green initiatives.

Certain companies approve of its programmes so much that there is ongoing discourse between 3R Quest, seeking improvements that can be made for them to become more sustainable.

Such private partnerships are constant, with companies approaching the scheduled waste management provider to help them achieve the targets for inhouse initiatives, such as 3R Quest’s own vertical edible garden – one among the many green initiatives it has.

“When we talk about corporate social responsibility (CSR), it shouldn’t be measured on a monetary scale and shouldn’t be a marketing stunt. It’s about aligning CSR with business goals to uplift the community and conserve the environment, ” he opined. 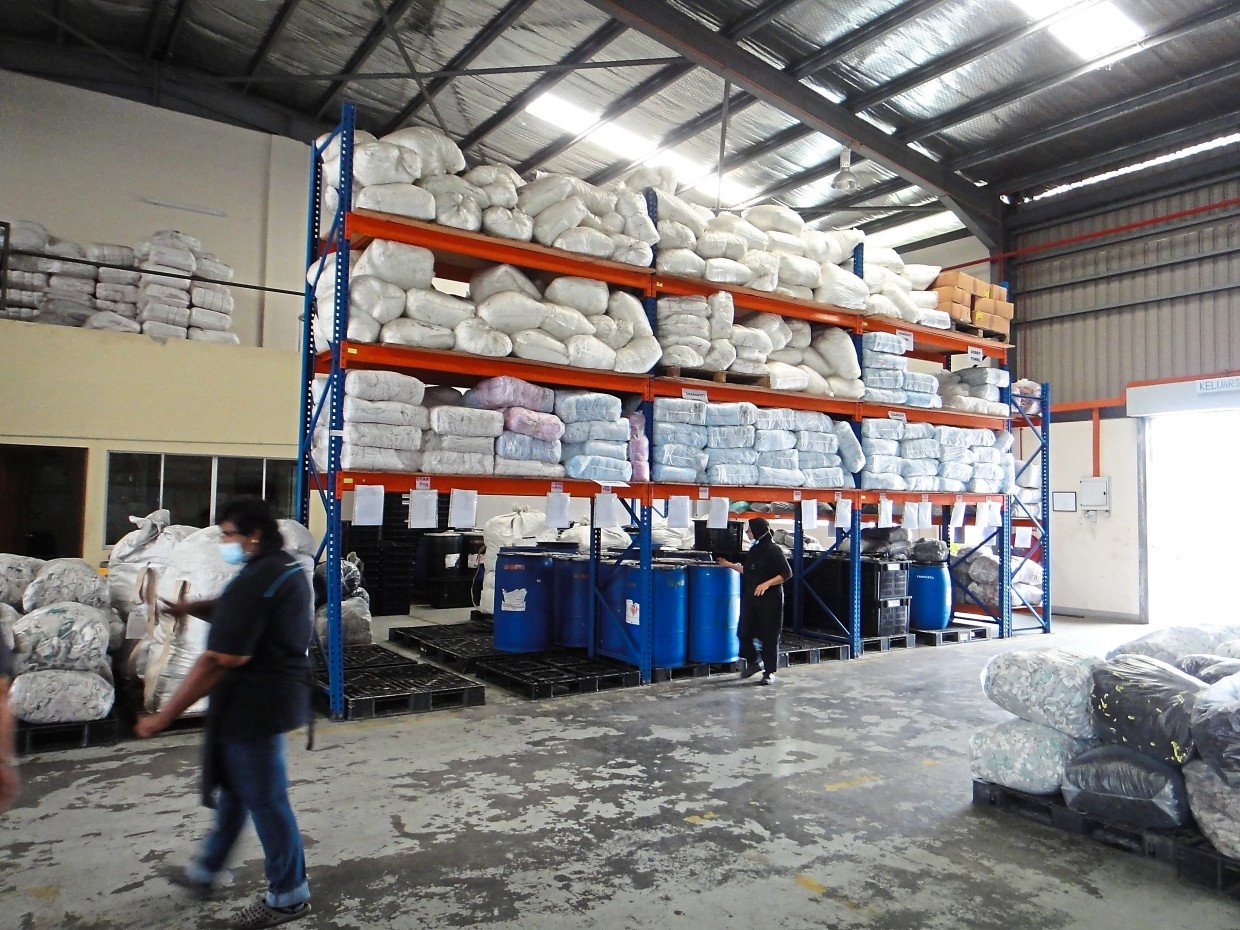 Reuse: Some of the materials that have been treated can be returned to industries for reuse, which will help to reduce cost for the companies.

Jerome also noted that the company would like to work closer with the Department of Environment on all related aspects to undertake more projects similar to its recent activities, such as being a strategic partner for the Earth Day celebrations and the Hari Alam Sekitar projects in 2016 to 2017.

These initiatives, typically parked under CSR, are done as a matter of course for 3R Quest, which believes in walking the talk in promoting and practising sustainability.

While times have changed, it is often difficult for people to do the same, which is why Jerome and Brenda regularly accept invitations to speak at schools, universities and even corporations.

“We’re heading in the right direction but more education and awareness – in addition to dedicated collection centres for different types of waste – is important and this might take us a generation or two.

“It’s something you have to learn and practice from young, so we go to schools to raise awareness and educate them. In the waste management business, you must walk the talk and you can’t be in it and not have a hand in educating the public, ” said Jerome. One of the staff checking the bio-degradable detergent that is produced inhouse.

This is where the company’s six wins – for various awards related to the environment, green and CSR in The Star Outstanding Business Awards (SOBA) over the years – have played a strong role.

3R Quest has won six awards since it began participating in SOBA, starting with the Gold Award for the Environment category in 2011 to Platinum Award wins for the Best Green Initiative in 2012,2014 and 2016, as well as the Silver Awards for the Best in CSR in 2015 and 2016.

“SOBA has helped with that by getting our name out there and led us to other opportunities, in terms of publicity and the credibility is there, ” Brenda shared, adding that the plus factor for the award is that companies are judged based on merit as they have to submit a written paper for evaluation.

In the first year it participated, Jerome said SOBA gave 3R Quest the confidence to apply for other local environment awards as well, in order to see where the company stands among its peers in the industry.

He said, “Awards must add value to the business and align with the constantly changing business goals and help the business grow, by benchmarking on the industry level.

“We (joined awards like SOBA because) we’d like to see how we measure and benchmark ourselves in the industry. It acts like a wake-up call if we participate but fail to win, because we would look into what we could have done better.”