According to its head of export Terry Lee Kuan Ming, the biscuit manufacturer recorded RM193mil in revenue from exporting over 200 product types last year.

“We export to 79 countries and we have plans to expand our export market to more, especially in Latin America and Europe this year, ” he said. 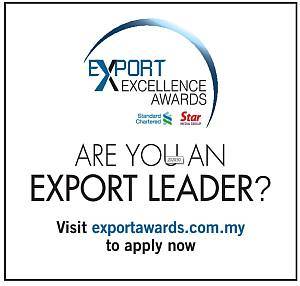 Despite the challenges of restrictions and regulations in the European region pertaining to products that contain palm oil, as well as geographical distance and tariff barriers, Lee said Julie’s would work closely with Malaysia External Trade Development Corporation (Matrade) offices to explore business opportunities and continue taking part in trade fairs abroad.

“We are optimistic that we will cover 100 countries by 2025, and we will continue to explore new emerging markets such as Africa, ” he told StarBiz.

Currently, the major markets for Julie’s products are the Asean region, China, the United States, Mongolia, Australia, Taiwan and the Middle East, he shared.

The Malacca-based company was founded by entrepreneur Su Chin Hock, who was confident that Malaysians were capable of producing biscuits fit for export. It now has three main production plants in Alor Gajah, Melaka, and eight distribution offices nationwide for the local market.

“The success of Julie’s in export is mainly due to the brand recognition it has built over the past 38 years in Malaysia, ” said Lee.

“We have also collaborated with American chocolate products brand Hershey in 2014 to produce Julie’s Hershey biscuits, which has uplifted Julie’s status in the export market, ” he pointed out.

The seven main award categories in the Export Excellence Awards are electrical and electronics; oil and gas; chemical, mineral and alloy; agriculture; machinery, equipment and automation; services; and other industries.

Three companies will receive the Exporter of the Year title, while a special award will be given in the halal products category.

Lee said Julie’s is competing in the Other Industries category as well as the halal products category.

“Island Hospital has been the pioneer in medical tourism since its inception 23 years ago, ” said the hospital’s chief financial officer Stephanie Lee.

“We contribute about 20% market share of the country’s medical tourism. One out of five health tourists to Malaysia seeks treatment at Island Hospital, ” she said.

Island Hospital in Penang was named Medical Tourism Hospital of the Year in 2017 by global research firm Frost and Sullivan.

“Economic spin-off from medical tourism is not only confined to hospital bills; there’s related spending by the health traveller in other sectors such as hospitality and retail, ” said Stephanie.

Deadline for entry submission to the Export Excellence Awards 2019 is Aug 16 and winners will be announced at the awards ceremony in November. For details, go to exportawards.com.my. 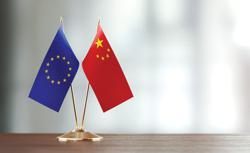