Tunneling works on the ECRL route near Dungun. - Filepic

It said that more infrastructure projects are likely to be revived. It also expects infrastructure spending to accelerate in 2020 to support gross domestic product (GDP) growth.

to ‘buy’ from ‘hold’ as a large-cap sector proxy. Gabungan AQRS Bhd

are our top small and mid-cap sector ‘buys’, ” the research unit said in its latest report.

To recap, MRL said 331 Malaysian construction companies were shortlisted as potential tenderers for the ECRL civil packages – 25% out of 1, 321 companies that submitted applications for pre-qualification.

All shortlisted companies are expected to be notified in writing before end-August by the main contractor, China Communications Construction Co Ltd.

Affin Hwang Research said most of the contractors under it coverage are likely to be pre-qualified.

, and Sunway Construction have been pre-qualified to tender for ECRL subcontract works among the companies under our coverage.

and Malaysian Resources Corp Bhd (MRCB) are likely to be pre-qualified, given their established track records. We believe AQRS, Sunway Construction, MRCB, WCT and IJM could win civil packages for the ECRL, ” it added.

Affin Hwang Capital also said tender packages would be issued for 40% of the civil works (excluding tunnel works) and would first involve the 223-km stretch (out of a total length of 640 km) from Dungun to Mentakab, where the rail alignment had been finalised.

It also pointed out that the Penang Transport Master Plan has been revived, with the federal government’s approval of the RM7.5bil 19.5-km Pan Island Link 1, RM8.4bil 29.5-km Light Rail Transit and Penang South Reclamation components.

Other large-scale infrastructure projects that could be revived in 2020 include the Klang Valley MRT Line 3 and Kuala Lumpur-Singapore High Speed Rail following a review to cut project cost.

The brokerage said the construction sector’s real GDP growth has outpaced Malaysian GDP growth in most years post-global financial crisis, except in 2011 and 2018 due to domestic political uncertainties.

“We expect the trend to resume with government pump-priming via infrastructure spending to support GDP growth in 2020, given the rising external risks.

“We believe the positive news flow will sustain the upward re-rating of the construction sector and upgrade our call to ‘overweight’ from ‘neutral’. The top ‘buys’ are AQRS, Gamuda Bhd, Sunway Construction and HSS, ” it added. 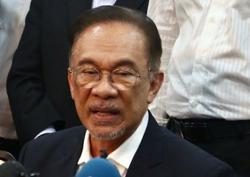 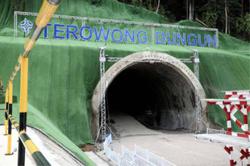