Taking a toll on consumers Takeover on track: Last week, the government came out with its proposal to take over the operations of four major expressways owned by Litrak

SINCE May 9 of last year, one of the most hotly debated issues among Malaysians is Pakatan Harapan’s unfulfilled promises of its GE14 manifesto. Never mind the fact that most people who voted the government in did not even bother to read the 60 promises that the government had intended to carry out over its five-year term.

One of the sixty promises in the manifesto was the sixth promise, that is the promise to abolish tolls.

The iron-clad concession agreements were a license to make money and bankable to any funder, be it the banks or bondholders.

The Pakatan manifesto also said that it will review all toll agreements and renegotiate to derive the best value for money for consumers with the ultimate aim of abolishing tolls gradually.

In addition, the Pakatan government promises to provide fair compensation to the affected companies.

After Pakatan won GE14 in May last year, most market watchers were busy scrambling to see what the Pakatan government had promised and of course the market too was impacted, especially stocks in the construction, telco as well as toll operators like Litrak.

The construction sector saw its key index alone falling 50% in 2018. Some of the big names in the sector are also owners of toll concession companies, like Gamuda, while Litrak at one point had fallen to a low of RM3.63 per share just four days post-election or down as much as 36% from its pre-GE14 close.

The market obviously expected the Pakatan government to be ruthless in negotiating with the toll operators and hence these toll operators were assumed not to get a fair deal as the government was seen as more consumer friendly rather than business friendly.

Last week, the government came out with its proposal to take over the operations of four major expressways owned by Litrak’s entire toll operations as well as those owned by Gamuda for RM4.5bil in equity value or RM6.2bil in enterprise value.

The deal also meant that the government, via a Special Purpose Vehicle (SPV), will acquire these assets and upon takeover of the highways, the government will de-toll the highways with three staggered rates, inclusive of toll free travel period at between 11pm and 5am daily.

Other than a 30% discount at off-peak hours, consumers will now pay a congestion charge equivalent to the maximum of the current toll rate for travel times during a six-hour peak periods.

Let us analyse the government’s move.

Secondly, is the proposed takeover of the four concessions done at a fair price?

Of course, there are many ways to look at this, be it on a price to book basis, price to earnings, replacement cost of the highways or on the basis of discounted cash flow (DCF) method, which is the best way to value toll operators.

But as DCF is subject to many assumptions, especially the discount rate to be used as well as traffic assumptions, no one corporate finance person will have the same answer to the value of a project or a concession.

Hence, the market’s reception to the government’s move was indeed mixed with some saying it was fair, some attribute it to be above their respective DCF values while others said it was below.

But there is no denying that looking at the current net book value of the highways, the revenue, traffic flow as well as earnings, it can be said that overall, the government is over-paying the highway operators, especially for the LDP and SPRINT assets, which works out at about 4.3x and 4.1x book value respectively. Worse, SPRINT is a loss-making highway.

Thirdly, under the new toll mechanism, the government envisaged that highway users will save approximately RM180mil per annum, which translates to about 16.3% of the current RM1.1bil revenue generated by these four highways. The change in the toll mechanism will definitely impact the overall revenue of the highways and eventually the profitability as the reduction in revenue flows straight through the bottomline.

Net earnings would be slashed from RM322mil on a combined basis to about RM189mil on a proforma basis. Hence what this means is that the RM180mil reduction in revenue translates to about a drop in earnings to RM133mil, after taking into consideration of the corporate tax rate of 24%. On a cashflow basis, assuming non-cash items comprising amortisation of highway development expenditure is about RM200mil per annum (Note: For LDP, the amount was RM96.5mil in FY 31-March-2018), free cash flow available would be approximately RM330mil, give or take a few million.

Fourthly, as the new SPV will be the sole shareholder of these assets, the RM6.2bil bonds that it will raise to fund the acquisition suggests that it would need approximately RM220mil per annum just to pay interest alone based on a simple average cost of fund of 3.5% for fixed income papers with maturity of between 3-10 years.

Based on a proforma net earnings of RM133mil, the proforma pretax profit, assuming 24% tax rate of the toll operators, is only RM175mil, leaving the SPV with a net loss of about RM45mil.

Hence, the proposed takeover of these highways, although it may be cashflow positive at about RM110mil per year, it would be loss-making, taking into consideration the lower revenue and net earnings due to the RM180mil savings enjoyed by consumers and borrowing cost at the SPV level.

The fifth point is traffic growth, or rather the decline in traffic on these four highways.

Based on the reported figures, the highways have seen declining trend in their traffic flows over the past year with a fall of between 1.6% and 4.2% or an average of 2.8% in the last full annual financial year.

This alone translated to about 30,000 vehicles or RM31.5mil reduction in annual revenue based on average toll rate of RM2.90 per vehicle. If traffic flow sustains its declining trend, the revenue and profits to be generated would be even lesser than the proforma figures.

Lastly, what is the benefit to the rakyat that had voted Pakatan? Does it make sense for the government to over-pay the toll highway operators RM2.82bil, especially those that are nearing the end of the concession period or those that are profitable, to be paid at the exorbitant price of more than 4x book value?

Effectively, for the rakyat, is savings of RM180mil based on the above calculations while they continue to pay tolls, oops, congestion charge.

The question is, has the promise to abolish tolls fulfilled?

For the concession holders, it’s a windfall gain of RM2.82bil and effectively taking all their future profits upfront, without having to operate the assets over the remaining concession periods and the best part, tax-free, as there is no capital gains tax in Malaysia.

In essence, the rakyat’s RM180mil per annum savings will be equivalent to the concessionaires’ front-loaded extraordinary gains in about 16 years’ time!

By the way, the analysis above discusses only the cost of servicing the RM6.2bil required to take over these highways, how is the government going to repay back the principal sum of the cost of acquisition remains a mystery.

It is unlikely the government is going to flip the four highways to another operator to realise a value equivalent of the current takeover price.

Hence, this leaves the principal repayment of the RM6.2bil almost unfunded, especially with the move to terminate the concessions at the end of its current shelf life as well as lower toll rates thereafter, which is only meant to cover the cost of running them and not profits.

Indeed, what seems to be good on paper in actual fact is not so straight forward.

An easier alternative, if at all government wants to stick to its de-tolling structure, is to talk to these toll operators for a win-win proposal.

Even if the government needs to fork out the RM5.2bil in the coming years due to a freeze in toll hikes, it can always generate revenue from these toll operators by imposing a higher tax rate - a super tax - and reduce their projected net earnings. These tax rates can even go up to as much as 50% or 70%. After all, why lean towards lopsided concession agreements when the present structure is taking a toll on consumers?

The views expressed here are strictly the writer’s own 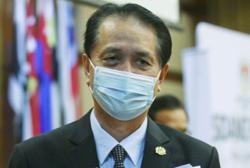