He succeeds Tan Sri Mohd Sheriff Mohd Kassim who has opted to retire on Thursday  after almost 17 years of leading the PLUS group.

Mohamad Nasir who serves on the board of director PLUS Malaysia since Dec 31, 2013, began his career with the Employees Provident Fund (EPF) in 1982.

He has held several positions before being promoted to Employees Provident Fund’s (EPF) deputy CEO of investments.

He was previously state enforcement officer (1990-1995), senior research officer, manager and senior manager in the investment and economics research department (1995-2003) and general manager of the international equity investment department (July 2009-2013).

He graduated with a Bachelor’s Degree in Social Science (Economics) from Universiti Sains Malaysia and obtained a Certified Diploma in Accounting and Finance from the Association of Chartered Certified Accountants in 1996. He also holds a Master of Science in Investment Analysis from the University of Stirling, United Kingdom (1999).

Commenting on Mohd Sheriff's 17-year tenure, PLUS said he had led the company to many achievements.

Among them were PLUS Expressways Bhd’s public listing on the KLSE in 2002, introduction of PLUS new corporate logo, PLUS digital transformation, rest area new facelift project and many more throughout his tenure. 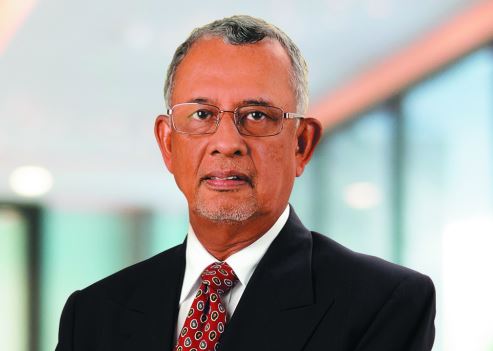