IN 2010, there was an adrenaline rush on education stocks on Bursa Malaysia. It was the time when the National Higher Education Fund (PTPTN) was virtually the “ticket” for private institutions of higher learning (IPTS) to flourish.

One of the companies that got listed during this frenzy for education stocks was Masterskill Education Group Bhd. It offered healthcare courses, particularly specialising in training nurses.

Masterskill expanded fast and built facilities to cater to the training of more than 15,000 nurses nationwide. It got the student numbers easily because the entry level requirements to qualify for a nursing course were low. A student required only a few credits in their Form Five examination to secure a seat.

Moreover, prospective students needed not worry about fees as PTPTN provided full loans. An added incentive was the possibility of working overseas, as nursing is a profession that is in demand not only in Malaysia but overseas as well.

The combined recipe of an education that comes with a loan and a possible opportunity to work overseas was all that was needed to lure thousands of students – many of whom were from rural areas – to enrol in a nursing course.

Under a new management now, the college has rectified shortcomings and focused on other areas of healthcare.

The existence of PTPTN allowed many IPTS to flourish, not to mention the owners who made millions.

It enabled millions of young people to come into the job market armed with a degree. However, increasingly, the quality of the degree comes into question when most graduates are unable to repay their study loans.

Almost seven out of 10 graduates who have come into the workforce with the assistance of PTPTN earn below RM4,000 per month. This is one of the many startling statistics that has come out from a consulting paper done by PTPTN under the chairmanship of Wan Saiful Wan Jan.

Wan Saiful is no pushover when it comes to social and education issues. He started think tank Institute for Democracy and Economic Affairs (IDEAS) in 2009 after returning from the UK where he was involved in extensive research work on social issues for the Conservative Party.

His main task as chairman of PTPTN is to come up with a sustainable financing model for the entity that has debts of RM40bil. Out of the RM56bil that PTPTN has disbursed so far, only 32.5% has been repaid.

PTPTN borrows from the private sector at an average of 5% cost and lends out to students at 1% interest. The interest servicing cost comes up to RM1.7bil per annum and the principal repayment ranges between RM3bil and RM6bil per annum.

The shortfall in financing is made up by subsidies from the government and that amount has ballooned to RM13.1bil.

The problem with PTPTN is that 51% of the three million recipients are not responsible borrowers. They have either not serviced the loans at all or are inconsistent in their repayment obligations.

According to PTPTN’s study, for every RM70mil not paid, 10,000 students will not have the funding to pursue their degrees.

In its consultation with the various stakeholders before a final decision is made next month, PTPTN has come up with several proposals to improve collection.

This includes restricting defaulters from renewing their international passports, driving licences or even their business licences. This should be more effective and less controversial than stopping the defaulters at the airport.

While the restriction should help in collection, there should also be restrictions on loans given out to students.

Currently, all the courses that are recognised by the Malaysian Qualifications Agency obtain PTPTN funding. This is obviously inadequate, as there are many courses that produce graduates who are not employable.

Shouldn’t the funding for such courses be stopped or limited? Shouldn’t universities that offer courses that are not worthy of being pursued be penalised?

Towards this end, the consultation paper has proposed that loans be given to only IPTS that are highly rated by the Education Ministry. The added benefit, says Wan Saiful, is that it would steer students towards institutions and courses with a high employability rate.

This makes sense. Setting stringent standards for the types of courses and the universities offering them would prevent easy money going into the coffers of private institutes of higher learning.

Technically, it should reduce the number of students with the mentality of arming themselves with “any degree as long as it’s a degree”.

A degree is almost a necessity now for anyone looking to land a decent job. It helps open doors, but the quality of the paper counts.

University life is more than just about getting a degree. It offers students a chance to meet and work with people from diverse and different backgrounds. For the young, it enhances personal status and their standing relative to someone without a degree.

However, the job-seeking market is full of degree holders. It’s so common that a prospective employer would only bat an eye if the candidate walked in without a degree.

Hence, being armed with a degree that does not contribute to employability does not help a person in any way. It only makes things worse as the loan taken to obtain that degree is not paid. 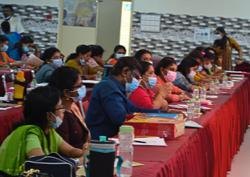