The Employees Provident Fund (EPF) reported its net investment income of RM9.66bil, down by 25% from the RM12.88bil a year ago.

KUALA LUMPUR: The Employees Provident Fund (EPF) reported its net investment income of RM9.66bil, down by 25% from the RM12.88bil a year ago due to the volatility in the equities assets but cushioned by fixed income investments.

EPF deputy CEO (Investment) Datuk Mohamad Nasir Ab Latif said on Friday that due to the current global and domestic economic and market environment, “the results were indeed commendable”.

In a statement issued on Friday, the EPF said in Q1 FY19, equities, which made up 39% of the EPF’s total investment assets, continued to be the main revenue driver.

However, Mohamad Nasir stated the volatility of the equities asset class and its impact on earnings was cushioned by EPF’s other more stable asset groups, such as fixed income.

“Despite its volatile nature, this asset class has higher long term expected returns. Equities will continue to play a pivotal role in enhancing returns and ensuring that we are able to declare dividends of at least 2% above inflation,” he said.

A total of 50% of EPF’s investment assets are in fixed income instruments, which continue to provide consistent and stable income.

Income from Malaysian Government Securities (MGS) & equivalent in Q1 was recorded at RM2.52 billion, while loans and bonds generated an investment income of RM2.33bil.

“Investment in this asset class, which includes fixed and time deposits, is vital in meeting the EPF’s short-term liquidity needs,” he said.

A total of RM900mil out of the RM9.66bil gross investment income was generated for Simpanan Shariah, and RM8.76bil  for Simpanan Konvensional.

Simpanan Shariah derives its income solely from its portion of the Shariah portfolio while income for Simpanan Konvensional is generated by a share of both the Shariah and conventional portfolios.

Mohamad Nasir expects the global market to remain volatile in view of sentiments that are largely dominated by the ongoing US-China trade war, which seems to be reheating.

“Rising geopolitical risks and uncertainty over the policy direction of major central banks will likely add further sustained pressure on the global economy in the coming months.

“As with other businesses, the EPF’s investments will be affected by these global risks, but we have our Strategic Asset Allocation to guide us,” he said.

He said the EPF would will focus on meeting the 10% allocation for real estate and infrastructure as part of our diversification plan, and the fund would deploy more cash into alternative assets to maximise returns.

On Bank Negara’s move to reduce the overnight policy rate (OPR), he said it was expected to have a positive impact on the economy and help offset any economic downside.

“We are optimistic of delivering a real dividend of at least 2% over a rolling three year basis. Market downturns do have an advantage as during these times, we will take the opportunity to purchase fundamentally strong stocks at attractive prices.” 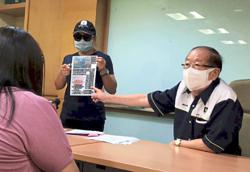 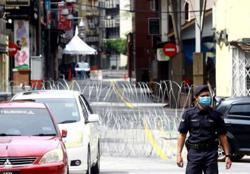