Steep rise in food prices can affect the global economy, with particularly devastating effects on poor countries that import most of their food and spend a large share of personal incomes on food.

KUALA LUMPUR: The inflation rate rose by 0.2% in April on-year, which was below the 0.4% forecast in a Reuters' survey but Kuala Lumpur and Penang state recorded much higher inflation.

The Statistics Department announced on Friday KL and Penang's inflation rose by 0.7%, Negeri Sembilan 0.5% while Selangor and Putrajaya recorded a 0.4% increase.

Kuala Lumpur recorded the highest increase of 3.6% for food and non-alcoholic beverages index as compared to a year ago and was above the national index level in April.

Chief Statistician Datuk Seri Dr Mohd Uzir Mahidin said in April, the main groups that contributed to the increases in the country were housing, water, electricity, gas & other fuels (+2%), alcoholic beverages and tobacco (+1.2%), education (+1.2%), food and non-alcoholic beverages (+1.1%) and restaurants and hotels (+0.8%).

On a monthly basis, the CPI remained unchanged as compared with March. The CPI for January to April fell by 0.2% from a year ago. 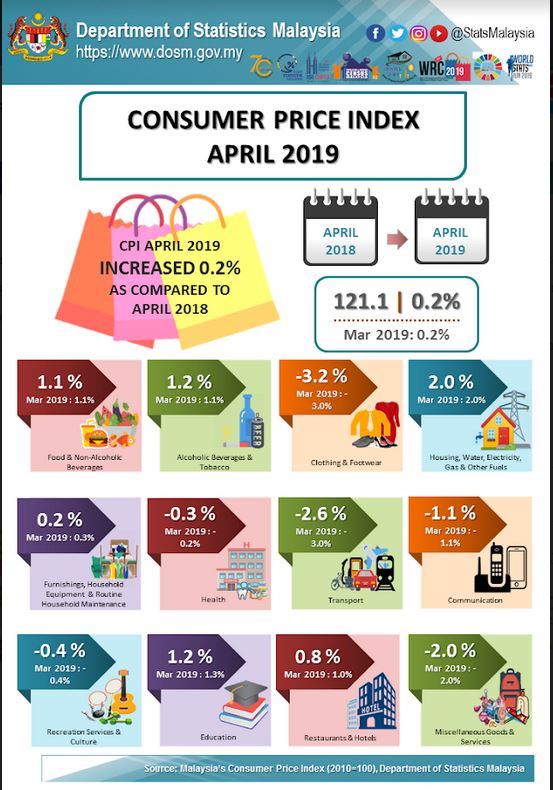