In the letter written on Thursday and made public on Monday, Committee Chairman Frank Field asked why the remuneration committee put forward a proposal where the existing directors would receive 40% of base salary (20% of total salary) as the pension contribution whereas the contribution of new executive directors is limited to 10% of total salary.

LONDON: Want the lowdown on European markets? In your inbox before the open, every day. Sign up here.

Standard Chartered Plc is buying back ordinary shares for the first time in more than 20 years as chief executive officer Bill Winters seeks to put misconduct and profitability woes behind the Asia focused lender.

The US$1bil purchase plan comes weeks after a settlement between the bank and US regulators over its repeated violations of sanctions with Iran. Standard Chartered also on Tuesday delivered its latest quarterly results, which put it on course to deliver its key targets for shareholders. The shares jumped 4.6% in early London trade, the most since January.

“The resolution of our legacy conduct and control issues means we can now manage our capital position more dynamically,” Winters said in the statement. The bank’s chief financial officer Andy Halford told journalists on a call the bank is “done” with legal expenses for the time being.

Winters has been fighting a near-constant stream of misconduct issues old and new in his four-year tenure at the lender, which operates in more than 60 markets including Angola, Indonesia and Hong Kong. The scandals have overshadowed his efforts to turn around the bank and weighed on the shares, which have fallen by about a third since he took the helm in mid-2015.

He has also been under pressure to cut costs at the bank and the latest results showed a 2% drop in operating expenses to US$2.4bil, the lowest quarterly figure in two years. The lender also said that income had risen faster than costs in the first three months of the year, achieving so-called positive jaws. Standard Chartered also said it would “invest significantly” in its business with a focus on its digital services.

Standard Chartered said its first-quarter return on tangible equity, a key measure of financial performance, was 9.6%. It reiterated its target of a 10% return by 2021, a goal that’s been met with skepticism. Analysts have questioned the bank’s ability to hit the figure as it attempts to grow income while keeping a lid on costs. The lender also aims to double its dividend per share by 2021. — Bloomberg 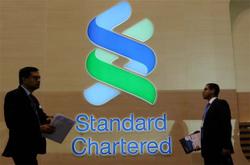 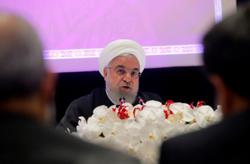 StanChart to add 1,600 staff at New Bank Centre in China