KUALA LUMPUR: Malaysian companies have been urged to seize opportunities arising from the increase in demand of halal products in Japan especially as the country gears up to host 2020 Summer Olympic Games from July until August next year.

He called on local entrepreneurs to aggressively penetrate Japanese market especially in the food and beverage segment.

“The demand (for halal products) will increase as Japan prepares to receive an influx of foreign tourist beginning from this year until the 2020 Olympic Games.

“Japan aimed to increase the number of tourist arrival and had wanted to take advantage of the 2020 Summer Olympic to attract a million Muslim tourist annually,” he said in a statement here on Thursday.  According to Gnanaraja, Malaysia have many halal entrepreneurs with suitable products for export markets.

Malaysian entrepreneurs he said, needed to ensure their products fulfilled all the criteria before venturing abroad.

“If we want to penetrate international market, the entrepreneurs need to look at their products and do the necessary changes including on quality, packaging and informations on nutrients.  Their products also have to adhere to requirements on certificates and standards,” he said.

In 2016, Malaysia exported various halal products worth a total of RM42.2 billion, which was an increase of 7.1 percent from RM39.4 billion in the previous year.

Japan is Malaysia’s fourth largest halal market in 2016, with exports to the country stood at RM2.67 billion in value, an increase of 20.8 percent against RM2.21 billion in 2015.

The East Asian country is also Malaysia’s fourth largest trading partner in 2017 after China, Singapore and the United States,  with total trade between the two countries reaching RM138.5 billion. - Bernama 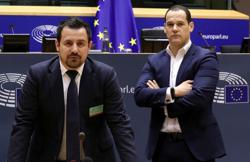 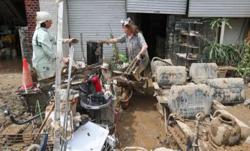 Rescuers battle to reach thousands trapped by floods in Japan 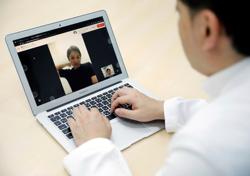