A deposit that is legally right but morally wrong

IF some people have ever thought that the person with the RM190mil deposit in Tabung Haji had earned the money through illegal means, they are wrong.

The depositor can account for the money, paid his taxes and prove the sources of funds. He earned it through smart investment decisions and opted to put the money in Tabung Haji instead of a bank for obvious reasons.

The government guarantees deposits in Tabung Haji and the fund offers returns that are much higher than fixed deposit rates of commercial banks.

For most people, having cash of RM1mil in the bank is good enough to last them a lifetime. Imagine having RM190mil in savings.

It is a large sum of money that many cannot comprehend. However, Tabung Haji is not the only entity that attracts high savings from the rich.

The Employees Provident Fund (EPF) is another fund where the rich keep their money. The top contributors to the EPF have millions in the provident fund and most do not withdraw the money.

However, the highest amount held in the provident fund does not run into hundreds of millions and is small relative to EPF’s asset under management of more than RM750bil.

Just like Tabung Haji, the reasons for the super rich to keep their money in the EPF is that it offers reasonable returns and security of the deposit.

In the last 10 years, Tabung Haji’s returns are as low as 5% and as high as 8.25%. Considering that banks offer fixed deposit rates of only 3% to 4%, the returns from Tabung Haji are certainly superior.

There are distinct differences between Tabung Haji and the EPF – from the reasons why they were set up to the investment mandate.

The EPF was set up as a fund for the compulsory savings of the working class to be invested to ensure that they have something left after the age of 55. The latest study shows that a contributor needs to have RM228,000 in his or her savings upon reaching 55.

This would allow them to earn RM950 per month for the next 20 years until they reach the age of 75.

Contribution to the EPF is restricted. At the moment, it is 11% of an employee’s salary and goes up to 18% in some companies with a scheme to help long-serving staff. Any additional contribution is restricted to RM60,000 per annum per contributor.

As for Tabung Haji, it is only for Muslims and they are allowed to deposit any amount.

Tabung Haji has deposits of RM70.2bil from its 9.1 million contributors. According to an audit report, 1.3% of the depositors or 118,300 people hold almost 50% of the deposits with the highest depositor having in excess of RM190mil.

The audit report highlighted the risk of having a high concentration of deposits among a small number of people. It is not healthy for Tabung Haji.

Legally there is nothing wrong for anyone to put any amount of deposits in Tabung Haji.

But morally it is wrong because Tabung Haji was not set up as a means to give high returns to depositors.

The pilgrims fund was allowed to take deposits to help poor Muslims save enough to perform the haj, which can cost between RM20,000 and RM180,000. Hence, anything above RM200,000 in deposits can be considered excessive.

To assist Tabung Haji get better returns, the fund gets priority whenever any syariah-compliant investment opportunity comes up.

Tabung Haji is the partner that any multi-national would want to join hands with for their ventures, as long as it is syariah-compliant.

In short, opportunities fall on the lap of the Tabung Haji’s management team. It does not need to hire some hot-shot investment banker to scout for the best deals in town.

There are suggestions that the previous management of Tabung Haji had taken on excessive risk to help the fund generate higher than normal returns. The rationale is that the high returns were required to ensure the deposits remain intact with Tabung Haji.

If this is true, then the basis of Tabung Haji accepting the deposits is wrong. Depositors who put their money to take advantage of the high dividends are also morally wrong.

A consistent average return is sufficient for the ordinary depositor to see his or her money multiply fast enough to afford a comfortable haj package. 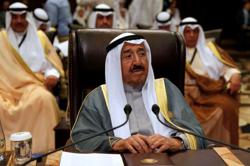