Downtrend: The courier has cut its outlook just three months after raising it, reflecting an abrupt change in FedEx’s view of the global economy. — AP

DALLAS: FedEx Corp plunged as as a darkening view of demand for shipping services outside the US prompted the company to slash its profit forecast and pare international air-freight capacity.

The courier cut its outlook just three months after raising it, reflecting an abrupt change in FedEx’s view of the global economy.

Adjusted earnings in fiscal 2019 will be no more than US$16.60 a share, FedEx said in a statement on Tuesday. That’s less than the lowest analyst estimate compiled by Bloomberg.

“The peak for global economic growth now appears to be behind us,” Raj Subramaniam, a FedEx veteran who was named this month to take over the Express cargo airline, said on a conference call with investors and analysts.

FedEx’s gloomier view sharpened concerns that the world’s economy is weakening amid rising trade tensions, especially between the US and China – which the company cited as another source of trouble. As demand lags expectations, FedEx said it would offer an employee buyout program, lower discretionary spending and reduce overseas network capacity at Express.

“When you have a change that comes on you as fast as this did, it’s hard to react to it,” chief executive officer Fred Smith said on the conference call. “Our international business, especially in Europe, weakened significantly since we last talked with you during our earnings call in September.”

The shares fell 6% to US$173.90 after the close of regular trading in New York. FedEx slid 26% this year through Tuesday, compared with an 18% drop for United Parcel Service Inc. A Standard & Poor’s index of industrial companies declined 13%.

At FedEx, international revenue fell short of company expectations in the fiscal second quarter, which ended Nov 30. In Asia, FedEx cited “continued tariff and trade concerns” as a drag. In Europe, it pointed to deterioration in Germany and Italy, as well as worsening uncertainty in the UK over the country’s negotiations to leave the European Union.

The worsening European economy will delay the benefits of FedEx’s 2016 acquisition of TNT Express, a Dutch courier. As a result, FedEx said it wouldn’t meet its goal of raising operating profit at the Express unit by US$1.2bil and US$1.5bil in fiscal year 2020.

The Memphis, Tennessee-based company didn’t give a new profit goal for the division, where Subramaniam will replace David Cunningham on Jan 1. Getting Europe back on track is “my first priority,” Subramaniam said. The business mix also hurt results at FedEx, with higher-priced overnight services lagging the growth of slower and cheaper offerings. That was true even in the US, where the company said it was still seeing a “solid” economy. “The big question is, if the rest of the world is catching a cold, does the US catch it as well?” said Trip Miller, managing partner of Gullane Capital Partners, which owns FedEx shares. “The US so far seems to be fairly stable for them.”

Smith said service was at “record levels’’ during the busy holiday season as investments in efficiency and automation pay off.

On Monday, he said, 67% of packages at the company’s ground unit were delivered a day ahead of schedule.

FedEx is still positioned to benefit as the rise of online shopping spurs package shipments, CFRA analyst Jim Corridore said in a note to clients. That makes the shares a bargain at current prices.

“We remain optimistic on US trade and FedEx’s ability to offset weaker mix with lower costs,’’ Corridore said. “Plus we think the low valuation more than discounts this outlook.’’

The US economy is set to grow 2.6% next year, according to estimates compiled by Bloomberg. That’s a healthy clip but less than this year’s expected 2.9% expansion. Global growth is slowing because of trade headwinds and tighter financial conditions, the Organization for Economic Cooperation and Development said last month.

With growth decelerating, FedEx scaled back its profit expectations. Adjusted earnings in fiscal 2019 will be US$15.50 to US$16.60 a share, down from the previous goal of US$17.20 to US$17.80, the company said. That compared with the US$17.37 average of analyst estimates compiled by Bloomberg. — Bloomberg 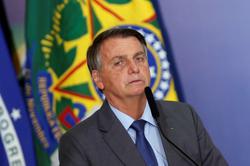