KUALA LUMPUR: Prominent businessman Yeoh Jin Hoe’s latest attempt to consolidate the business of the country’s top packaging can producers got off to a rocky start.

, in a filing with Bursa Malaysia today, said Yeoh and his partners were reprimanded and fined by the Securities Commission for failing to undertake a mandatory general offer to buy out minority shareholders in Kian Joo Can Factory Bhd

(KJCF) after their shareholding in the company increased above the 33% threshold.

For the breach of the Capital Markets and Services Act, the SC via a letter dated Dec 10, has imposed a penalty of RM455,000 on Yeoh and parties acting in concert (PAC) that includes Can-One International Sdn Bhd (CISB).

On top of the fine, the SC has also imposed a restriction on the aggregate number of voting rights that may be exercised by the PACs in KJCFB to not more than 33%.

“In addition, if the proposed corporate exercise for which consultation with the SC was held on Dec 21, 2017 is not carried out within six months from the date of the SC letter, the PACs are required to reduce their collective holdings in KJCFB to 33% and below,” it said.

Yeoh is a substantial shareholder in Can-One with a 27% stake. He is also the group managing director of KJCF and its subsidiary Box-Pak

Meanwhile, in a separate filing, Can-One said CISB has proposed to acquire an additional 0.49% stake in KJCF from Tan Kim Seng for RM6.71mil, or RM3.10 a share.

Upon completion of the proposed acquisition, CISB’s shareholding in KJCF will increase to 33.39%.

The purchased triggered a MGO for the rest of KJCF shares at RM3.10.

“The proposed acquisition will enable Can-One and its subsidiary companies to obtain control of KJCF and become a controlling shareholder of KJCF,” it said.

It added that the MGO is part of its expansion strategy to consolidate the can manufacturing business under KJCF to grow its sales and customer base, which will in turn improve the financial performance of Can-One group.

The takeover is subject to approval being obtained from the shareholders of Can-One at the the company’s forthcoming EGM. 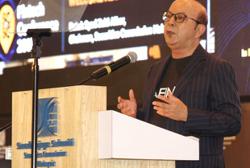