He said Thailand is developing a deep-sea port off the Chana district in Songkhla province, which faces the Gulf of Thailand and the South China Sea.

Faudzi said the port could serve as a direct seaborne gateway to China and other countries in East Asia,  which means that freight traffic from East Asia would travel via the South China Sea instead of ‘looping' around Peninsula Malaysia via the Straits of Malacca to reach their destinations.

“Currently, some 80 per cent of southern Thailand's freight is shipped through the Penang Port, but there is a distinct possibility that up to 80 per cent of goods from northern Malaysia would go through Chana once the port there begins operations.

“As such, Penang Port stands to lose 20 per cent of its current cargo traffic volume,” he said in his speech at the Inter-modal Logistics in Digitalisation Conference here today.

He added this includes heightening and adjusting key agencies' working ties with domestic and foreign players in the regional network and going digital to ensure their performance and service delivery remain at an optimum level.

“Indeed, the very goal of the IMT-GT is to accelerate economic transformation around the northern part of the Straits of Malacca and the adjacent land border between Malaysia and Thailand.

“Penang is not only naturally positioned at the very heart of this geopolitical nexus, but is also well poised to deliver with its excellent industrial foundations, reputable global standards and well-established infrastructural base,” he said.

According to the 2018 Logistics Performance Index (2018 LPI), Malaysia ranks 41 while Thailand ranks 32. 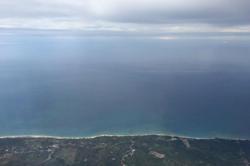 Minister: Beijing not advancing claims in South China Sea with Covid-19 as cover 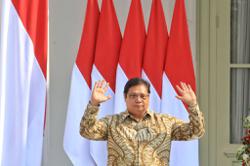