Nor Shamsiah: Education sector in dire need of structural reforms

KUALA LUMPUR: The education sector has been highly neglected and is the sector most in need of structural reforms, says Bank Negara.

Its governor Datuk Nor Shamsiah Mohd Yunus (pic) said implementing reforms in the education sector was crucial as it would lead to improvements in the income of Malaysians as a whole.

Speaking during a session at the Malaysia: A New Dawn investor’s conference, Nor Shamsiah said the education sector was the area where she would most like to see reforms implemented by the new government.

“It is the most neglected sector. The system has to produce people with the required skillsets to meet the demands of the economy, moving up the value chain.

“With the necessary reforms, our dependency on foreign labour can also eventually be reduced,” she said.

Nor Shamsiah said that undertaking these reforms was the biggest challenge for the new government.

She added that while undertaking such reforms was necessary, it would also be painful for some segments of society.

Among other “painful” measures that the government would need to undertake, she said, was the potential new taxes it plans to implement – as certain segments of Malaysians will have to fork out additional funds.

Another painful but necessary reform, she said, was stricter bank lending practices.

She said checks on credit-worthiness will be made more stringent, which means applicants may not be able to obtain financing as easily as before.

This is crucial to ensure applicants have the capability to service their debt.

Last month, a study by Bank Negara found that civil servants spent more than half of their monthly salaries repaying debt.

The central bank’s Financial Stability Review noted in its box article entitled Civil Servants’ Debt: Risks and Policy Considerations that this was more apparent in those earning less than RM5,000 monthly.

Almost half of the borrowings or 47% was for consumption purposes such as personal financing, motor vehicles, credit cards and others.

Earlier this year, a poll conducted by Moody’s Investors Service found that the level of household debt in Malaysia remained a concern despite recent structural improvements. 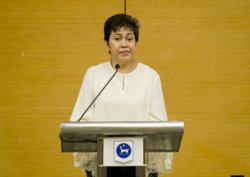 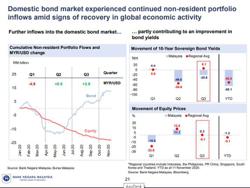