Apart from the timing of the award, the project

PUTRAJAYA: The award for the second phase of the Klang Valley Double Track (KVDT) rail upgrade project has raised some questions given how it was awarded just days before the 14th General Election, according to the Transport Minister.

Apart from the timing of the award, the project’s cost was too high at RM5.9bil.

“The completion period given to the contractor was long and it was given out through direct negotiations. There was no open tender for the project.

“For now, it is a no-go for this particular tender (award),” Anthony Loke said.

However, he said the ministry was looking into how to carry on with the project if there was a need to continue with phase two.

“A new tender will be called, but we cannot say how soon. From the technical viewpoint, Keretapi Tanah Melayu Bhd or KTMB has told us that we need the second phase to be implemented because the (current) track is unsustainable.

“But financially, the government has no means to support it. So, we will have to find out how to go about it,” Loke said in an interview.

The second phase of the KVDT project involves 110km of railway tracks spanning from the KL station to Klang, Salak South to Seremban and Simpang Port Klang to Port Klang.

The second phase of the KVDT was awarded to DMIA Engineering in partnership with Lembaga Tabung Angkatan Tentera (LTAT) at a cost of RM5.9bil to be implemented over seven years. DMIA Engineering is also the contractor for phase one that is behind schedule.

“The cost is too high and it works out to RM53mil per km. The whole project is about 110km and there are no new buildings or stations involved, just the track and signalling.

“We were told the cost is even higher than the Gemas to Johor Baru double-tracking project, which has new stations and tracks that is cheaper than this project,” Loke said.

“We were told it would take seven years to complete phase two. Can you imagine if we agreed to seven years ... there would be delays in services”.

On phase one, he said the project was 60% complete. However, the Transport Minister said he had been told there would be a three-month delay in the completion to sometime in 2019.

The first phase covered upgrading of systems work between Rawang and Seremban, and from Sentul to Port Klang, involving about 150km at a cost of RM1.3bil awarded to DMIA Engineering.

Even the upgrading works for phase one of the KVDT was delayed.

“Yet, the same contractor, in partnership with LTAT, was awarded the second phase,” said Loke.

Asked if there would be cost overruns for phase one, Loke said he has not been informed.

“We do not rule out cost overruns but we will not agree to all these things so easily. If the responsibility is on the contractor, why should the government pay for its failure to deliver on time?” he asked.

On the MRT2 and LRT3 projects, Loke said they would proceed as planned, as they were ongoing projects implemented well in advance.

“The MRT2 is an ongoing project. We won’t touch it and the same goes for the LRT3. However, in terms of costing and so on, they may be reviewed by the Finance Ministry. It is up to them to decide,” he added. 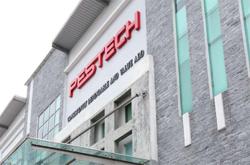