The uptrend of outdoor advertising

Adex growth: Low (fourth from left) posing with the association

Despite the challenges, the outdoor advertising and out-of-home (OOH) segment is still making its presence felt in the competitive advertising landscape.

The Outdoor Advertising Association of Malaysia (OAAM) president Henry Low tells StarBizWeek that advertising expenditure (adex) for outdoor advertising as well as the number of sites are still growing.

“OOH has been on a growth trend for the past 10 years or more and has been growing either in a single or double digit surpassing the other main advertising mediums.

“This industry will continue to grow exponentially with the advancement of data and digitally measurement tool for OOH. For advertisers, it will be a tool for them to plan and buy this medium on a large scale,” he says.

According to Low, there are eight main categories that are spending with the outdoor advertising players who are members of OAAM. Among the top categories are automobile, telco, mobile phones, banking, oil and gas, food and beverage, education and the travel industry (Source: TAC Media).

Some of the members of the association, which consists of 33 key members from the advertising industry, are Big Tree, Spectrum, Seni Jaya and Redberry. OAAM’s members represent about 24% of the total billboard inventory nationwide with a market share of 72% or about RM840mil.

Adex for OOH last year grew by 8% based on location-based global marketing specialist Posterscope’s findings and for this year, it is expected to grow by 5% as confirmed by another outdoor media specialist Regal Channel.

However, based on the recent general election, OOH spending to date has surpassed the 5% growth figure. Contributors to the growth of OOH will include the zero-rated goods and services tax (GST) and upcoming FIFA World Cup and Asian Games. Low notes that the introduction of the OOH measurement tool, which leverages on digitally collected data, will also increase the accountability and confidence of advertiser to invest in the OOH segment.

Commenting on the challenges in the segment, Low says on the social media or online ads have taken a big portion of the OOH adspend over the last few years. However, the association expects OOH to complement the social media in the near future by integrating the two mediums.

“We are also confident that with the new government and its transparent policies, there may be further changes pertaining to outdoor advertising guidelines, awards and concessions.

“Previously, there were cases whereby the concession rights for billboard sites on government owned lands/assets were awarded to companies with neither track record nor a proper tendering process. “This is a blatant disregard to the standard operating procedure and against the principle of free-enterprising and anti-competition policy.”

Guidelines, Low says, must be drawn to ensure that only genuine players remain in the industry, failing which the growing numbers of outdoor players will bring down the media rates while creating a rogue image for the industry.

Haphazard approvals given by authorities in traffic congested areas, monopoly of the outdoor industry in certain states which creates unfair practices and the creation of “middle man” companies resulting in substantial costs are other challenges facing the OOH market, he says.

Likewise, there are also companies that are formed with the purpose of generating income at the expenses of the industry players.

Low anticipates a price war among the digital players in view of the growing number of digital screens, especially in the Klang Valley which provides advertisers the flexibility with a lower cost.

“The increase in digital screens is due to media owners converting their static billboard sites to digital and the number of new digital outdoor players is on the rise. This growing trend will lead to price war among the digital players and eventually advertisers enjoying lower advertising rates,” he says.

In collaboration with the Urban Wellbeing, Housing and Local Government Ministry, the Communications and Multimedia Malaysia Ministry and the Petaling Jaya City Council, OAAM is a constituent member of Advertising Standards Authority (ASA).

With the joint efforts between government and key players in the industry, standards can be maintained to enhance the quality of outdoor advertising platforms.

OAAM strives to enforce safety standards in ensuring the multi-million ringgit industry maintains its quality as well as efficiency in distributing advertisements.

Since 1993, the group consists of various key players in the advertising industry as well as various government bodies. Acting as the governing body for creative standards in outdoor advertising, OAAM aims to protect mutual interest of members within the industry by working towards higher standards of market ethics. In doing so, members of OAAM will promote and encourage design, manufacture, construction and use of effective mediums for outdoor advertising. 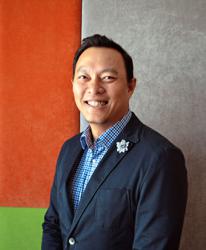 Changing ecosystem of the advertising industry Mask up once out of home