PUC to invest RM90mil in 11Street

has agreed to invest up to RM90mil in 11Street Malaysia in a deal that would give the media and advertising firm management control of the e-commerce platform.

The investment values 11Street Malaysia as much as RM375mil.

Celcom Planet is a joint venture between ADS and SKP, which owns and operates the 11Street Malaysia e-commerce platform.

“The investment paves the way for the company to increase potential revenue streams in advertising and media, and financial services from the synergistic collaboration for the company and its subsidiaries,” PUC said.

The company, which operates its own social marketing and e-wallet platform known as Presto, said it expects to benefit from 11Street Malaysia’s e-commerce infrastructure, and cross markets its services to the consumer and merchant base of 11Street Malaysia.

Under the deal, PUC will invest up to RM90mil in 11Street Malaysia in five tranches.

The first RM40mil will be invested in four stages between now and end of July this year.

The remaining RM50mil investment would be subjected to the approval of its shareholders. PUC said it expects to obtain the greenlight before end of August.

Assuming that PUC reached its investment target, it would end up with as much as 24% stake in 11Street Malaysia, with ADS holding 37% and SKP at 39%.

“The investment amount translates to an implied valuation of 100% equity interest in CPSB ranging from RM333.33mil to RM375mil,” PUC said.

Post signing of the definitive agreements, PUC will have the right to nominate and appoint the chief executive officer and chief marketing officer at 11Street Malaysia. 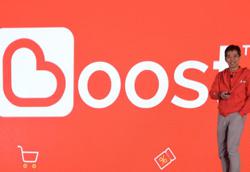