Chief executive officer and executive director Datuk Vence Ong Kian Min said the company would carry out a six-month study on a comprehensive solution to water resources in the state involving water and sewerage systems for the state government’s evaluation and proposals.

“We received the formal letters from the Johor State Executive Council a forthnight ago,” he told reporters on Thursday after the signing of a RM400mil Islamic medium-term notes issued by BEWG Malaysia.

BEWG Malaysia is also in talks with the Sarawak government as well as a few other states on solid waste sanitation projects.

“We are focusing on government and state-related projects and we are open for any private projects as well. It is still something that we want to explore but if you are looking at the scenario in Malaysia, most of the water-related projects are either government or state undertakings,” said BEWG Malaysia deputy chief executive officer and executive director Datuk Amirul Rahman Abdul Rahim.

BEWG Malaysia, which is an indirect subsidiary of Beijing Enterprises Water Group Ltd, was incorporated to undertake water treatment projects in Malaysia.

It is the first China-owned company to raise the RM400mil sukuk for a water infrastructure project.

In November 2015, the company was awarded a design-and-build contract to refurbish and upgrade water treatment and distribution facilities in Kemaman by the Terengganu government.

The proposed sukuk wakalah will part-finance the construction cost of the project, which is slated to be completed by November 2018.

“When we’d got the project in 2015, we found out there is a lot of scope that we need to look at. We redesigned some of the ratification works and is currently solving the land gazette issue.

“All the procurement is ready and we are confident of finishing it on time,” said Ong.

The sukuk wakalah was fully subscribed at the point of launch which allowed BEWG to achieve its target funding size and meet its financing objectives. The sukuk wakalah carries a rating of AAIS (stable) by Malaysian Rating Corp Bhd.

Proceeds from the sukuk wakalah issuance will be used to partly finance the refurbishment and upgrading of the water treatment plant in Bukit Sah, Kemaman, where BEWG has been awarded the role of design and build contractor by the Terengganu State Government.

“The issuance also enabled the Beijing Enterprises group to diversify its funding sources in Malaysia, which had so far been limited to bank loans,” BEWG Malaysia CEO Datuk Vence Ong Kian Min said in the statement.

“This water treatment project is not only important for the state of Terengganu and its people, but it also represents strong relations between China and Malaysia, in particular with the Terengganu State Government.

“The refurbished and upgraded water treatment plant will ensure reliable water supply to the Kemaman district which houses Peninsular Malaysia’s oil and gas production and refinery operations, and accounts for about 22% of the state’s 1.2 million population. This project is poised to meet the growing demand from industrial areas in Teluk Kalong and Kerteh which, in turn, will help promote the state’s long-term economic growth,” Ong said. 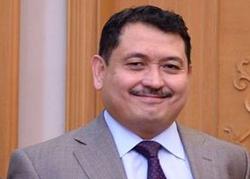 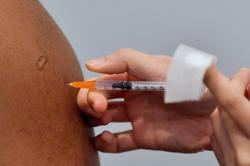