Catching up with Catcha

Grove: ‘We want to model KLIC as the Silicon Valley of South-East Asia

IT had come as a surprise when Internet company Catcha Group was made the master developer of the ambitious Kuala Lumpur Internet City (KLIC).

Catcha is better known in technology circles as one of Malaysia’s top Internet companies.

One of its biggest successes was when it was one of the shareholders that sold iProperty Group Ltd for a whopping A$751mil (RM2.3bil) in cash to Australian-based REA Group back in November 2015.

Catcha is also known for two more things - a spin-off called iflix, which has to date successfully raised a whopping US$165mil (RM728mil), which has big name partners such as film giant Metro-Goldwyn-Mayer (MGM) and UK broadcaster Sky and secondly, for its dynamic CEO Patrick Grove.

StarBizWeek caught up with the 41-year-old raspy-voiced Grove at Catcha’s headquarters in MidValley.

Dressed in a polo shirt and jeans, Grove, who has a net worth of US$400mil (RM1.6bil) according to Forbes, fills the room with his exuberance when asked about his vision for KLIC.

“We want to model KLIC as the Silicon Valley of South-East Asia.

“Malaysians have already spun off some great tech companies - Jobstreet, Grab, iflix and iProperty, to name a few.

“We have the talent. Imagine how many more great companies can emanate from Malaysia with a little help from the Government,” he says.

That help will come in the form of the KLIC.

For those who missed this news, Grove and his KLIC idea were a key feature in the launch of Malaysia’s Digital Free Trade Zone (DFTZ), which saw the emergence of the iconic Jack Ma and Alibaba in Malaysia.

At that event, Ma dazzled the Malaysian audience by talking about how he grew Alibaba into a multi-billion enterprise but also how trading platforms and the Internet is able to change the economic landscape of the world, by enabling the smallest of companies to hawk their ware to the rest of the world sans the middleman.

The DFTZ has two key aspects -- Alibaba’s regional logistics hub in KLIA and the KLIC, which will be situated on a 10-acre spot in Bandar Malaysia.

So how did Grove and Catcha come to be the master developer of the KLIC?

“We wanted the Malaysian government to recognise that the tech scene in Malaysia was a really large and vibrant one.

“Najib was impressed with the digital economy and the sizeable tech scene that Malaysian tech companies were creating and becoming great regional businesses.

“Later, we had a little meeting backstage, where he asked, what more can the Government do to put Malaysia at the forefront of the digital revolution?” Grove recalls.

Grove, along with Malaysian Digital Economy (MDEC) CEO Datuk Yasmin Mahmood, then worked on coming up with some ideas that would bode well for Malaysia.

One of the top ideas was to launch one of the world’s largest digital free trade zones as well as to recreate the ‘Silicon Valley vibe’ in Malaysia.

“It was akin to making Klang Valley the Silicon Valley of Southeast Asia, modelling the KLIC after Silicon Valley and the Dubai Internet City,” he adds.

The proposal was handed over to Najib and his team in August, two months after the Wild Digital conference.

In November, MDEC joined Najib’s state visit to China, where they were fortunate to have met Jack Ma, the founder of Alibaba Group.

Interestingly, Ma was looking to build a DFTZ in Russia or a South-East Asian country to serve as a logistics hub for the group, and scouting for a partner for this venture, says Grove.

Both MDEC and the Prime Minister’s office presented the free trade zone idea in Malaysia to Ma.

“Our proposal was probably the first complete proposal which integrated both the public and private sectors’ involvement in the DFTZ.

“It was also a demonstration to Ma and the Alibaba group by MDEC and the Prime Minister’s office that we are a very proactive and fast-moving administration,” says Grove.

The tenacity paid off as DFTZ plans were further cemented when Najib and Ma launched the DFTZ, in March, the first outside China and only second in the world.

Catcha Group, which holds over 60 indirect and direct investments, has a history of being the local partner and working with big global partners to grow its businesses.

With the KLIC, Grove says it will be no different, as Catcha is now in talks with potential global partners.

KLIC will be a business venture on its own, as Catcha and its partners will set up a new development company and fund the development of the city.

Catcha is set to announce its partners for this project in three months’ time, of which Grove has hinted that it will comprise government related entities, international partners, and one Malaysian company.

“We do not know how to build a building per say.

“I think the value that we bring to the table is that we are probably one of the largest tenants of office space in Southeast Asia for Internet companies.

“So, we understand what companies want, be it from a landlord or incentive point of view,” Grove explains.

Citing a simple example, Grove says air conditioning systems are turned off in most Malaysian office buildings after 7pm.

However, tech companies do not practice the conventional 9am to 5pm working hours.

This is where Catcha Group’s experience comes into play - “we understand what tech companies need to flourish”.

Grove intends to have features and facilities like sleeping pods, showers as well as round-the-clock gym and eateries to be incorporated in the KLIC from day one.

Keeping the smaller startups in mind, office units will be catered to early-stage start ups where it will be housed in a large warehouse or hangar-type environment.

Then, there will be low rise buildings for mid-sized companies and five-star offices for larger and international level Internet companies.

Grove estimates that the KLIC will be home to over 15,000 employees, which translates to an estimated 1000 companies in total.

Meanwhile, Catcha Group’s capital gain from the sale of iProperty had not been earmarked for any specific transactions or investments.

Part of the proceeds from the sale of iProperty, Grove says, is likely to be invested in the KLIC.

On the topic of whether there is sufficient talent locally to support the international tech companies like Instagram in attracting them to set up shop in the KLIC, Grove says that Malaysia has it all.

“There is an amazing amount of great talent here in Malaysia.

“Malaysians have the can-do mindset and everyone speaks English, characteristics which we tend to underestimate.

Apart from that, Grove notes that Malaysian tech companies are successful in building regional businesses, evident in the efforts of companies like AirAsia

“Malaysian entrepreneurs from day one, we have people with a bit more vision, confidence and guts to go regional; they have regional aspirations.

Detractors though are quick to point out that the KLIC is just another pipe dream, similar to what was envisaged by the 1996 Multimedia Super Corridor (MSC) initiative.

While the MSC has brought about some successes, detractors say for the amount of effort put in, Malaysia did not produce as many world beating technology companies as expected.

A big difference exists now though.

The KLIC will be located right smack in the city and with all the needs of entrepreneurs filled as it is being designed by one of their best.

The only risk left is an execution risk. 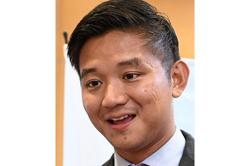