Maybank and CIMB to enable Alipay mobile wallet in Malaysia 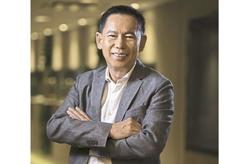 said in a statement that it would act as the settlement and merchant acquirer bank, allowing Chinese visitors to pay for their transactions in yuan without concern about exchange rates. This is done through a simple barcode-scanning method that they are used to in their country.

Launched in 2004, Alipay currently has over 450 million active users.

Both Maybank and CIMB said the service would go live in Malaysia in May.

“We are excited to work with Alipay to provide Chinese tourists a convenient and secure payment experience while in Malaysia and we target to go live with our merchants by May 2017, having received Bank Negara approval just recently,” he said.

Meanwhile, Maybank group strategy officer Michael Foong said: “As a leader in card payments, Maybank will now offer Alipay customers the added convenience and security of our comprehensive cashless payment channels, thereby expanding the geographical reach of their digital wallets and enhancing their travel experience in this country.”