Creative people who don’t sleep at night - Bellew wants you

Bellew: ‘If we do what we have in mind, we can jump about 10 years ahead.’ – Bloomberg

Peter Bellew wants to hire one hundred people over the next few months, but they are not the normal hires of pilots, cabin crew or engineers.

The CEO of Malaysia Airlines Bhd (MAS) is looking for data scientists, hackers, economists, graphic designers, data planners, game developers, specific innovators and even geeks and getting them from some of the big IT firms.

“Those who wear five rings on their fingers and those who don’t sleep at night but rather create,” he says.

A lab is under construction at the building adjoining KLIA and that is where they will be housed.

The obvious question is why all these IT-savvy people?

“We want to move faster on the digital side, as we are way behind our rivals,’’ he says.

His digital strategy is to change the airline’s way of doing business, the way it treats its customers by connecting all the talented hires to push beyond boundaries in the travel trade.

But MAS is not alone in charting a digital journey for itself.

Many of the bigger airlines globally have woken up to realise the potential of data and how they can capitalise on it rather than letting companies like Amazon and content companies using sophisticated technology to monitor consumer needs and react accordingly.

Airlines have been rather slow in keeping up with the over-the-counter type of companies that push whatever they can to travellers.

Lufthansa group is tapping on data analytics and mobile apps to customise passengers’ experiences, while United Airlines is collaborating with tech giant IBM to provide front-line staff with 50,000 devices such as iPhones and iPads to assist customers from check-in to destination.

Bhd has its own strategy to keep tabs of its own travellers and attract more.

Bellew is mapping a digital strategy to help the airline move ahead to help from the operational perspective to the way it prices and sells its tickets and personalises offerings to travellers.

There will be many things MAS will be able to offer once it is done with its digital strategy, but the basics will be the ability for a traveller to track his bag throughout the entire journey.

It will be the same for unaccompanied minors, where parents will be able to track their children from the time they are handed to the crew to the time they arrive at a particular destination.

MAS will also have a new reservation system, Amadeus, which will be the brains of the airline, outdoing its current outdated system. The new system takes over from June 10, giving the airline and its travel agents more flexibility.

“We are hiring all these people to switch from an airline that has poor distribution to become a digital enabler, be it web or mobile. It is important from the sales perspective and even for travel agents and our online offering will be of a superior design,’’ he adds.

“We can drop many steps and dump all the old technology. Once done, our back-end will be far ahead of the competition,’’ he says.

MAS has its customer base and that can be used to tailor packages for its travellers to offer personalised services. 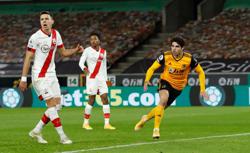