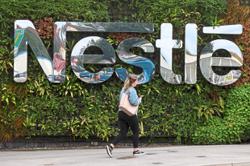 The Securities Commission receiv ed 46 applications for corporate proposals in the last quarter of 2012, an increase of 31% compared with the previous quarter

THE fund management industry in Malaysia has often been criticised for charging their retail clients fees that are deemed too high.

In particular, there is a fee called the entry fee, which at 5% to 6% imposed on total funds invested, is thought to be among the highest in the world.

Some industry players, long worried about the issue which in their view affects the industry’s competitiveness, is suggesting a lowering of this particular fee, said to be used to cover marketing and distribution costs of unit trusts and other investment products.

Areca Capital CEO Danny Wong Teck Meng, for instance, says that his company has always maintained that the prevalent entry fee of 5% to 6% is too high.

“UK and Australia have already banned commissions from entry fees, yet this is still the norm here in Malaysia,” Wong, who helps manage some RM700mil in client funds, tells StarBizWeek.

Entry fees are determined by the market and whatever that is collected is paid out mainly to product distributors (banks, independent financial advisers, platforms) and their agents.

Because of the current high fee structure, Wong feels that this has led to a host of other issues including, “product-pushing” practices as opposed to consultation/advisory selling.

“A lot of times, for certain fund houses, the “advisory” work that should come hand-in-hand in order to justify the high fees, is lacking,” he says.

Companies like Wong’s, considered small by industry standards, do not sell their products via agents but instead, connect investors directly to fund managers.

In comparison, most banks have large agency forces.

Ambrose: ‘From our point of view, the lower the entry fee, the quicker the unitholder or investor can break even, so we would prefer fees to be as low as possible.’

“Don’t get me wrong though.

“I am not suggesting to abolish the fee just because we do not have agents but rather want to advise investors to get the right advice through qualified professionals,” Wong says.

He thinks there are too many products in the local market too, with 613 unit trust funds being managed by 77 fund management firms.

“The increasing number of products and complexity mean that subsequently, regulatory requirements and provisions will have to be stepped up to prevent any ‘mis-selling’,” Wong adds.

On top of the entry fees, clients who ask fund managers to help grow their money also pay other indirect fees such as an annual management fee, trustee fees and some even pay financial planner advisory fees which can go up to an annual 2% of the market value of an investor’s portfolio.

“So, the fees charged by Malaysian fund companies although higher, does in a way make sense”, he says.

Eng also points out that there has been increased interest in exchange-traded funds or ETFs which require lower fees, being passive investment products.

“From our point of view, the lower the entry fee, the quicker the unitholder or investor can break even, so we would prefer fees to be as low as possible,” he says.

“However, the distributor does need to be rewarded for the work he does, without distributors, it would be hard to build nationwide interest in a product.

“Our investment style is to invest for the long term, with the aim of providing above-market returns over a number of years.”

“We do find that sometimes the unitholder is influenced to sell his or her units almost as soon as the entry fee is covered but we would advise investors to stay invested to maximise returns, rather than switch into another unit trust where another entry fee needs to be paid,” Ambrose adds.

In the UK, before 2013, it was standard practice in the retail fund industry to charge investors the one-off, entry fee, which ranged from 2% to up to 10% of money invested, according to a recent article by the Financial Times.

Wong: ‘UK and Australia have already banned commissions from entry fees, yet this is still the norm here in Malaysia.’

However, today, many UK fund companies have done away with the fee or waived it.

“Most retail funds in Europe still include entry fees. This practice is very widespread, especially with unaware and elderly investors and savers.

“Average entry charges in France on unit-linked products were 2.6% in 2015,” the paper quoted him as saying. 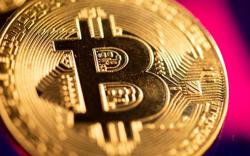 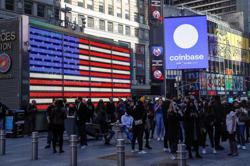