PETALING JAYA: Borneo Highway PDP Sdn Bhd (BHP), which is 40% owned by a MMC Corp-UEM Group joint-venture entity, has been named as the project delivery partner (PDP) for the first phase of the Pan Borneo Highway’s Sabah construction, which is expected to cost RM13bil.

The Sabah portion of the highway covers 700km.UEM MMC Joint Venture Sdn Bhd (UMJV), a jointly controlled entity of MMC, owns a 40% stake in BHP. MMC has an effective 20% interest in BHP, via UMJV.

MMC said in a stock exchange filing that the PDP agreement was executed with the the federal and state governments.

“BHP shall perform its services in the implementation, supervision, management and delivery of the project within the time and cost allocated for the project,” said MMC.

The project has been scheduled for completion on Dec 31, 2021.

MMC said it shall fund its share in BHP through internally generated funds and bank borrowings. According to a recent report by AmInvestment Bank Bhd, Warisan Tarang, a company set up in March 2012, has a 60% stake in BHP.

Warisan Tarang, which has an issued capital of RM750,000, is involved in general construction and civil works.

While the individuals behind Warisan Tarang may not be well known in Peninsular Malaysia, they appear to be high-profile in Sabah.

“Given the dearth of large Sabah-based contractors, we do not preclude the possibility of seeing peninsula-based counterparts being invited to set up JVs to bid for jobs,” said AmInvestment Bank.

Apart from Suria Capital, a company mainly involved in port operations and property development, there appears to be no other listed Sabah-owned contractors.

Among the potential peninsula-based players, WCT and Bina Puri were among the more active ones in Sabah over the past few years.

“Near term focus will remain with the Sarawak portion of the Pan Borneo Highway, where there are still eight more packages worth over RM1bil each, that are up for grab among the 13 remaining consortia,” said AmInvestment Bank.

The Government announced a RM27bil allocation for the construction of the 1,663km Pan Borneo Highway during Budget 2015, slated to be the transportation backbone of Sarawak and Sabah. The idea of connecting the two states through a highway dates way back to the 1960s. But now, the ball has started rolling with the appointment of PDPs for both Sabah and Sarawak.

In Sarawak, the appointment of Lebuhraya Borneo Utara Sdn Bhd as the PDP for upgrading and widening of roads that stretch across 1,089km in Sarawak will see 10 more packages with road length of 60km to 90km up for tender in several phases this year. 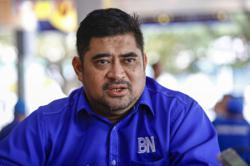 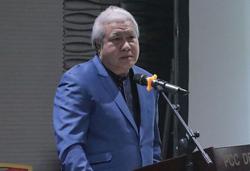 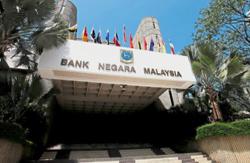