Shahril emphasised that the fund was not constrained from making investments as it deemed fit, be they in domestic or overseas assets.

“In terms of where we are, the Government has never denied us the opportunity to acquire assets overseas. It fully understands the need for diversification in our asset base,” he told reporters following a briefing on the fund’s full-year results yesterday.

Shahril’s comments came amid the Federal Government’s call for more repatriation of funds among government-linked companies and investment funds back to Malaysia in a bid to prop up the value of domestic assets.

Shahril is unfazed by the recent turmoil in global markets across asset classes, saying that the fund’s investment horizon is for the long-term.

“While short-term volatility will provide us with opportunities to buy assets for the long-term, we will not shift (the fund’s portfolio) that much. But during the year, yes, we may shift into different asset classes,” he pointed out.

The fund’s gross investment income amounted to RM44.23bil last year. Of this figure, RM38.24bil will be distributed as dividends, which represents the fund’s highest ever total cumulative payout.

Investment income from overseas assets helped offset some of the loss in value of Malaysian assets last year, Shahril explained. The FTSE Bursa Malaysia KL Composite Index or FBM KLCI dipped 4% last year, while the ringgit fared worse after having declined to a 17-year low in 2015.

“The benefits for having a diversified portfolio is precisely for this reason. We have always anticipated that there will be an occasion like last year when Malaysia would underperform due to factors such as the slowdown in the oil and gas industry and lower commodity prices,” he said.

To reflect the market’s decline last year, the EPF reported a gross impairment of RM3.5bil last year, compared with RM984mil in impairments a year earlier.

From 2008 to 2015, the fund’s total investment asset rose from RM350bil to RM685bil. Despite the rapid growth in assets, Shahril emphasised that the fund’s portfolio mix was largely unchanged, with slightly over half of total assets dedicated towards low-risk, fixed-income investments.

In terms of asset class, 51% of its assets was in fixed income, while 44% was in equities last year. Some 3% was in real estate and infrastructure while the remaining 2% was in cash.

However, the proportion of foreign assets relative to domestic investments is targeted to increase, Shahril explained.

He added: “Thirty per cent of total assets invested overseas is where we think we should be in the coming years.

“Within the current asset allocation period, which is up until next year, 27% is the target we have set for ourselves to grow the assets.”

On whether the fund would be able to achieve similar returns this year compared with last year, Shahril said there was a correlation downwards across all financial asset classes during the first two months of this year. However, he remained cautiously optimistic of the fund’s investment prospects.

“Given that it is still early, it is very easy to cry doom and gloom, but we are very cautious about how we view the markets. While we will see the effects in our first-quarter results, there will still be another nine months to go. So, we will see what happens,” he said.

Shahril also clarified that the EPF would not be impacted much in terms of the quantum of reduction in contribution for the next two years.

Assuming all EPF members take up the voluntary 3% reduction in contribution, this will amount to roughly RM8bil less in total contributions to the fund.

“We usually have a net inflow somewhere between RM24bil and RM26bil, so it doesn’t really impact us from a cashflow point of view. It’s just a slight reduction, so we will adjust accordingly,” he said.

The Government made the move to cut employees’ contribution from 11% currently to 8% in a measure to boost consumer spending, and hence, growth. The reduction in employee contribution will be from March until December 2017.

Separately, the EPF is gearing up to launch its syariah retirement saving scheme in January 2017. Shahril said the choice would still be up to EPF members to convert their conventional savings into a full syariah-compliant scheme.

The EPF release more information to its members by July or August this year, he added.

The EPF had said it was looking to take some RM100bil to RM120bil from its investment funds to invest in syariah-compliant stocks.

“With Malaysia recording a 5% gross domestic product growth in 2015 and with the global markets facing multiple headwinds, the EPF declaring a 6.4% dividend is indeed a commendable achievement and an indication of good and prudent investment management,” he said. 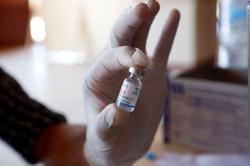 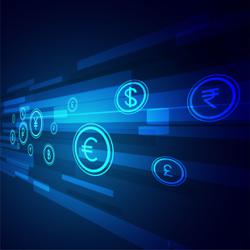