Lay Hong Bhd's packaged eggs seen on at a hypermarket. NH Foods Ltd has increased its stake in the poultry farmer from 9.08% to 22.88%. (Pix taken by Hafidz Mahpar for Star Online)

, whose share price surge has led to Bursa Malaysia Securities asking investors to exercise caution, has proposed to undertake a share split as well as to issue bonus shares and free warrants that will lead to an adjustment of its market price.

The company told the exchange that it planned a 1-for-1 bonus issue of up to 66.41 million shares at an entitlement date to be determined later.

The proposed share split, to be implemented after the bonus issue, involves dividing each share into five subdivided shares. On its completion, the company’s paid-up capital will ber RM132.825mil comprising 664.125 million subdivided shares.

The proposed share split is expected to result in an adjustment to the shares’ market price to a tenth of of its value per share.

Lay Hong then aims to issue 332.06 million free five-year warrants with an exercise price of 40 sen on the basis of one warrant for every two Lay Hong shares held on the entitlement date.

The proposed exercise would ultimately see Lay Hong’s enlarged issued and paid-up capital increasing from RM57.75mil to between RM173.25mil and RM199.24mil (between 866.25 million shares and 996.19 million shares).

Lay Hong’s shareholders will end up owning 10 shares with five warrants for every one existing share held currently.

The company expects the proposals to be completed in the first quarter of 2016.

Bursa Malaysia had earlier on Tuesday advised investors to be cautious in the trading of Lay Hong shares and said it would not hesitate to take appropriate regulatory action to ensure fair and orderly trading.

Lay Hong executive director Yap Chor How said in a press statement that the proposals were aimed at rewarding loyal shareholders and enhancing the company’s trading liquidity.

“Together with the new developments in the group such as the confidence shown by NH Food Ltd (NHF) of Japan as our new shareholder and a possible joint venture with them, these are all part of our plans to create greater shareholder value and better growth,” he said.

Tokyo Stock Exchange-listed meat packing company NHF emerged as a substantial shareholder of Lay Hong recently with a 22.94% stake, which includes with the subscription of 5.25 million placement shares or 9.09% stake in Lay Hong.

Lay Hong said it expected to raise gross proceeds of up to RM30.52mil from the placement exercise. 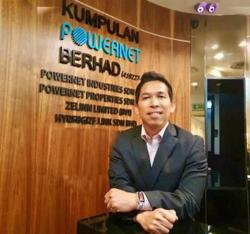