Network expansion: TM headquarters in Kuala Lumpur. The company will invest RM1.3bil and the Government an additional RM500mil under phase two of the HSBB 2 project for the purpose of planning, designing, implementing, operating and maintaining the HSBB network infrastructure and services.

(TM) will invest a total of RM2.3bil over 10 years under the second phase of an initiative with the Government to roll out high-speed broadband (HSBB) in state capitals and major towns across the nation.

TM will invest RM1.3bil and the Government an additional RM500mil under phase two of the HSBB 2 project for the purpose of planning, designing, implementing, operating and maintaining the HSBB network infrastructure and services.

Under the project, 95 additional exchanges will be HSBB-ready, providing access to 390,000 premises by 2017.

Meanwhile, the sub-urban broadband (SUBB) infrastructure involved the upgrading of existing copper lines to deliver HSBB access speeds of up to 20Mbps and up to 100Mbps in areas deployed with fibre-to-the-home (FTTH) technology to over 420,000 premises by 2019.

The project is expected to cost RM1.6bil, with TM contributing RM1bil and the rest to be borne by the Government.

TM said it had signed two public-private partnership agreements with the Government yesterday for the implementation of the two projects.

“The HSBB 2 and SUBB are set to benefit not only consumers but also Malaysian businesses, as we will be able to provide Malaysians with a world-class network infrastructure and superfast connectivity, boosting the development of ICT-related industries towards fulfilling the Government’s aspiration of elevating Malaysia into a high-income nation,” TM group chief executive officer Tan Sri Zamzamzairani Mohd Isa said in a statement.

TM had first announced on Feb 25 that it had accepted the letter of award from the Government for the implementation of the projects.

The HSBB 2 would see the expansion of the existing HSBB infrastructure, covering other priority economic areas including passing industrial zones throughout the country, and public as well as private institutions of higher learning.

TM will roll out last-mile access network for both HSBB 2 and SUBB projects to homes and businesses using three main technologies, which are FTTH, ethernet-to-the-home and very high-speed digital subscriber line 2 or VDSL2.

Zamzamzairani said the successful rollout of the first HSBB project had elevated Malaysia to emerge as the highest in terms of the number of HSBB subscribers in South-East Asia.

“HSBB is our engine of growth,” he said.

He added that Malaysian businesses would benefit from the world-class network infrastructure and superfast connectivity, which would boost the development of ICT-related industries.

To date, TM has deployed its UniFi broadband service to 103 TM exchange areas nationwide, covering 1.769 million premises. It currently has a total of 2.29 million broadband customers, of which more than 800,000 are UniFi customers. 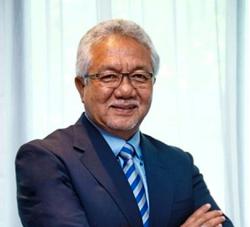 Housebuyers getting keys in phases