KUALA LUMPUR: Total export revenue of biotechnology products is expected to double to RM2 billion next year from RM1 billion this year.

Malaysian Biotechnology Corp Sdn Bhd (BiotechCorp) chief executive officer Datuk Mohd Nazlee Kamal said 70% of the total export revenue would come from the wellness industry and the balance from food and other segments.

"This is due to the foreign exchange factor as the companies will benefit from the lower ringgit against the US dollar.

"The production cost remains the same and the companies will earn more ringgit as the products are being sold in US dollars," he told reporters after "Bioeconomy Investment Networking Session 2015" in Kuala Lumpur on Friday.

The networking session, which gathered representatives from biotech companies and financial institutions, aims to address financing mechanisms for start-ups, mid-stage and late-stage companies.

On biotech investment, he said Malaysia raked in about RM4 billion this year.

For next year, he said, the investment was expected to decline to RM2 billion.

"This is due to various global economic factors. For next year, we foresee 70% of the investments would be domestic and 30% foreign direct investment," he said.

From 2011 until 2015, BiotechCorp secured investments close to RM25 billion as of September 2015, exceeding Malaysia's Biotechnology Policy's target of RM9 billion, he said.

Going forward, he said, BiotechCorp would focus on 48 Bioeconomy Transformation Programme projects, with total investment of RM18.2 billion, of which 15 were high-impact projects. 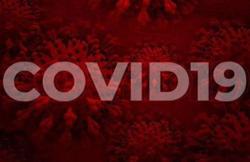