WE appreciate the Government’s efforts to strengthen the financial service industry in a move to support and facilitate the economic activities. The Government has encouraged the need to diversify the use of foreign currency in trade transactions.

This will provide opportunities to customers to leverage on the various trade financing and hedging instruments available in ringgit which include letters of credit, financing of imports, exports, currency swaps and other services.

The Budget 2016 has also proposed to further invigorate the capital market by including tax deductions on issuance costs of Sustainable and Responsible Investments sukuk and a 20% stamp duty exemption on syariah-compliant loan instruments to finance the purchase of houses. We believe these measures will help promote the Islamic instruments as we will be able to leverage on our robust and comprehensive Islamic finance ecosystem as well as pro-business environment.

The Budget also emphasises on the need to achieve an inclusive and sustainable growth as well as build a competitive, progressive and a morally strong nation, with a society that is united.

Budget 2016 is focused on empowering human capital which is a critical factor for the future of the nation. These efforts will help improve the overall efficiency as well as flexibility of the labour market.

We are pleased to note that the Government is also placing priority on addressing the rising cost of living for the rakyat, especially the low and middle-income groups. To cushion the burden of the rakyat, the Government continues to provide assistance and incentives to the targeted groups.

We applaud the Government’s priority to continue focusing on providing quality and affordable homes to low and middle-income groups as well as quality healthcare services. Furthermore, the Government is focusing on strengthening the natural disaster management following the recent calamities.

For the smallholders, we welcome the Government’s initiative to provide various income and productivity enhancement measures that will help alleviate the decline in income from the weak commodity prices. 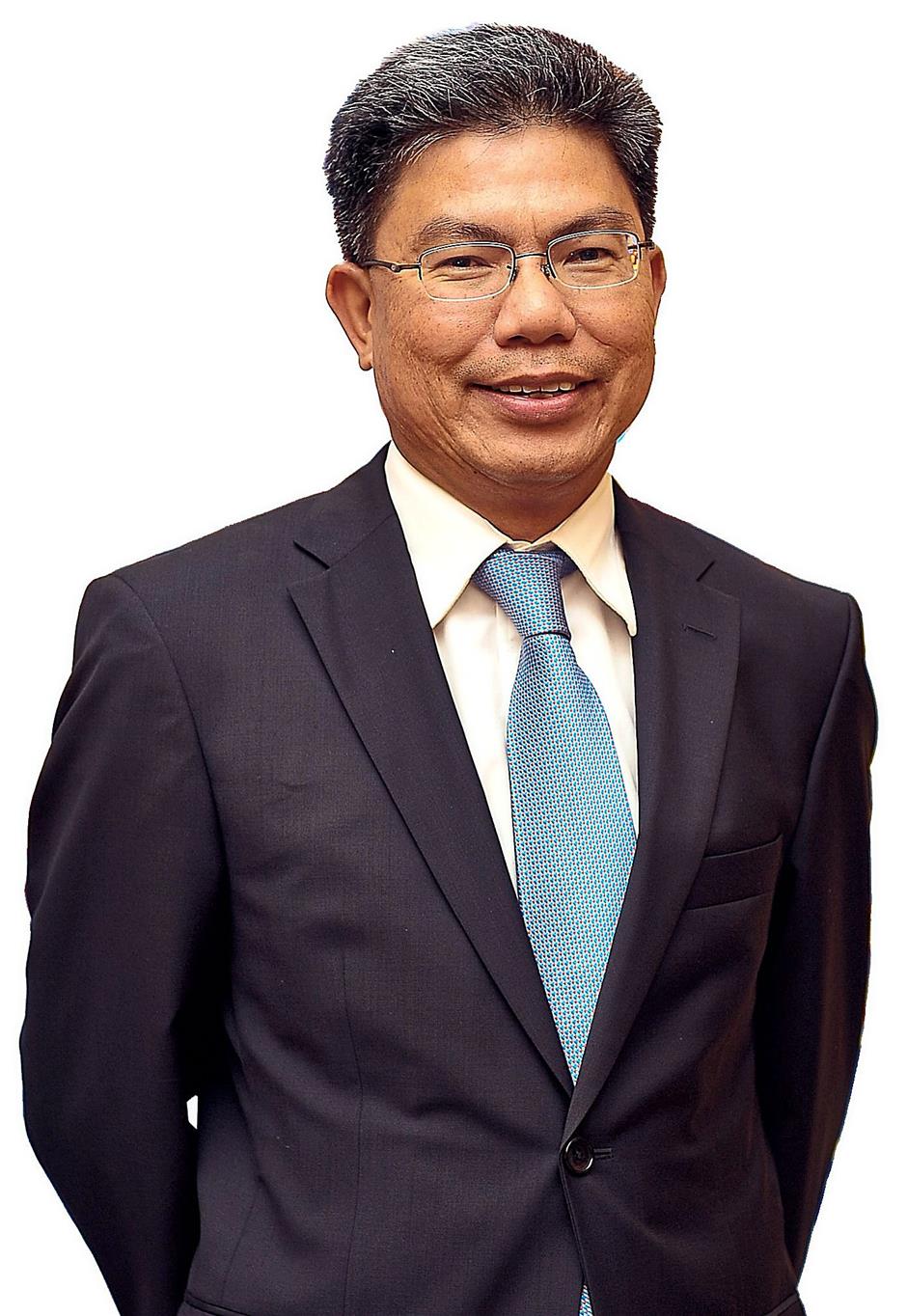 It is commendable that Budget 2016 sets the priorities and direction for the country to achieve a high-income economy by 2020. The fiscal deficit target of 3.1% of gross domestic product (GDP), down from the revised Budget 2015 figure of 3.2%, will not only take the country closer towards fiscal consolidation but will also strengthen its sovereign ratings.

We believe that the various measures and incentives tabled reflect the focus of the 11th Malaysia Plan in sustaining quality growth for the country’s economy over the medium term, including addressing the rising cost of living especially for the low and middle-income households.

I am particularly pleased the Government has provided additional funding to boost SME participation as such efforts bode well for the growth and development of the financial services sector. 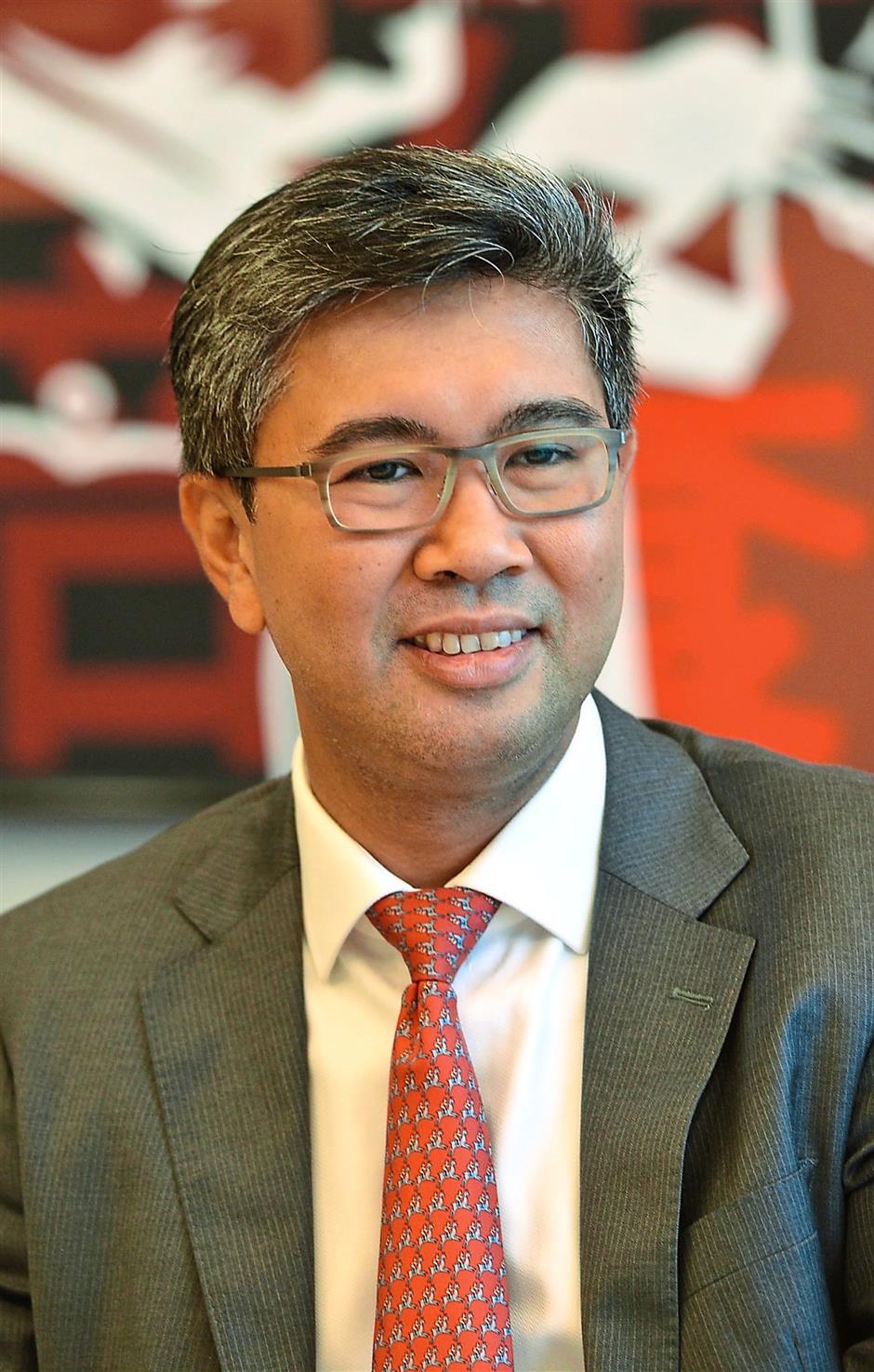 The macro-economic assumptions of Budget 2016 are realistic and, therefore, achievable. The Malaysian economy is projected to post more moderate growth in 2016 than 2015 but highly respectable with GDP growth projected at the 4% to 5% range.

Exports are seen picking up in 2016, though imports will also rise in line with a projected improved performance in investment. Trade and current account surpluses, however, will narrow in 2016, and inflation is seen little changed in year-average terms.

The 2016 Budget is well-crafted within the financial constraints that the Government faces. The Government has demonstrated commitment to focus spending on development expenditure without compromising on its fiscal consolidation objective by raising revenue from higher tax collections and capping operating expenditures. 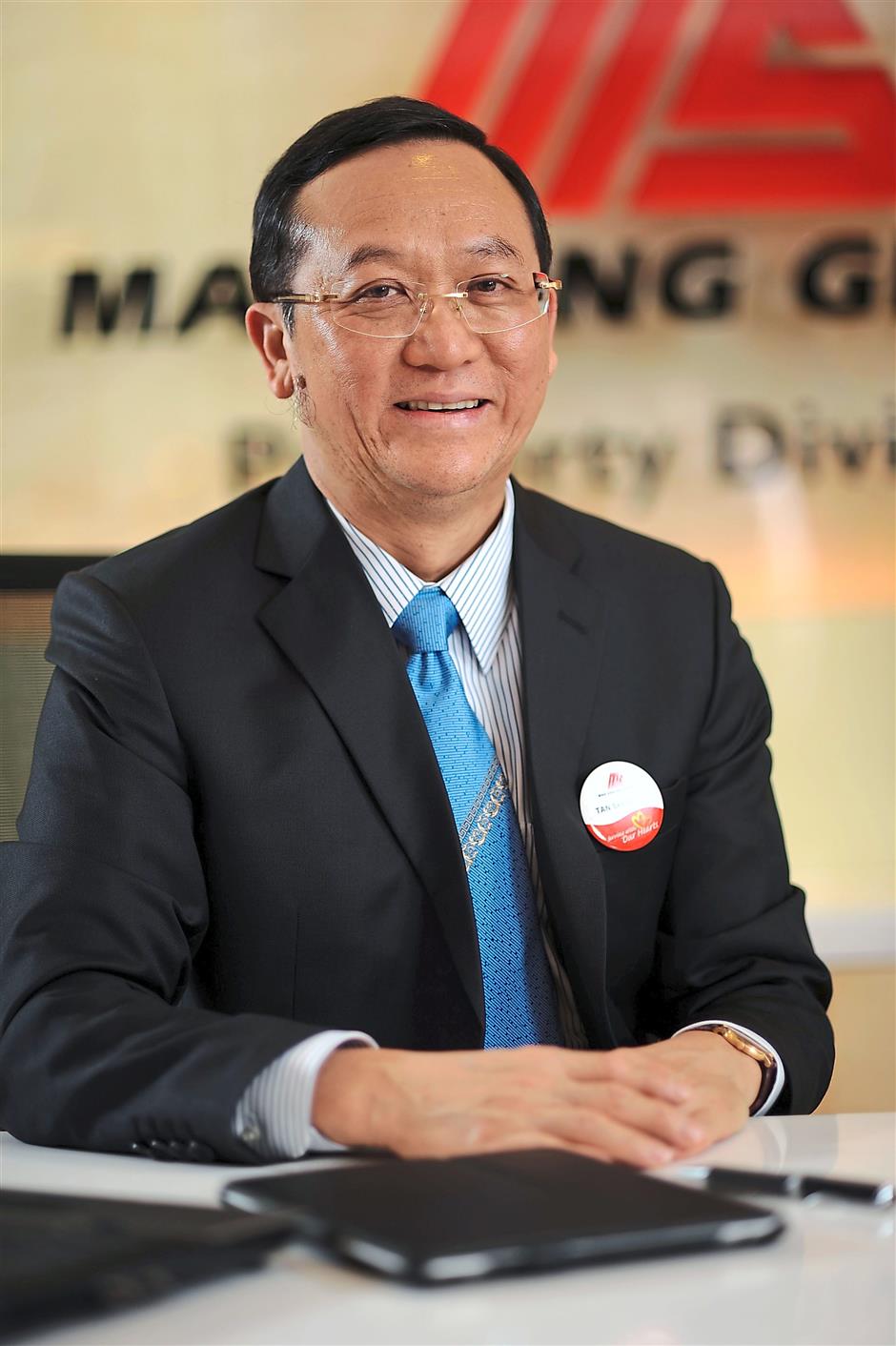 Mah Sing lauds the various initiatives in Budget 2016, which has several initiatives including reiteration of commitments to major infrastructure projects and various measures to create more affordable housing.

The Government’s continued efforts to make the high-speed rail (HSR) a reality and its commitment to improve highways, mass rapid transit (MRT) and light rail transit (LRT) will directly benefit Mah Sing as our focus is in Greater KL which makes up 61% of our land bank in terms of gross development value.

Projects like the RM900mil proposed for Jalan Tun Razak traffic dispersal to reduce Kuala Lumpur congestion will directly benefit our M City@Jalan Ampang project, while RM1.4bil for improvement of roads around the country will make suburban townships like Southville City@KL South, M Residence in Rawang more appealing to home buyers.

On the IBS RM500mil fund via SME Bank, this will definitely benefit the housing and construction industry and will allow us to explore further usage of this technology for time savings as well as reduction of material wastage during construction.

We appreciate that the Government will be providing a 20% stamp duty exemption on syariah-compliant loan instruments to finance the purchase of houses, as this will help reduce the transaction cost of home ownership. 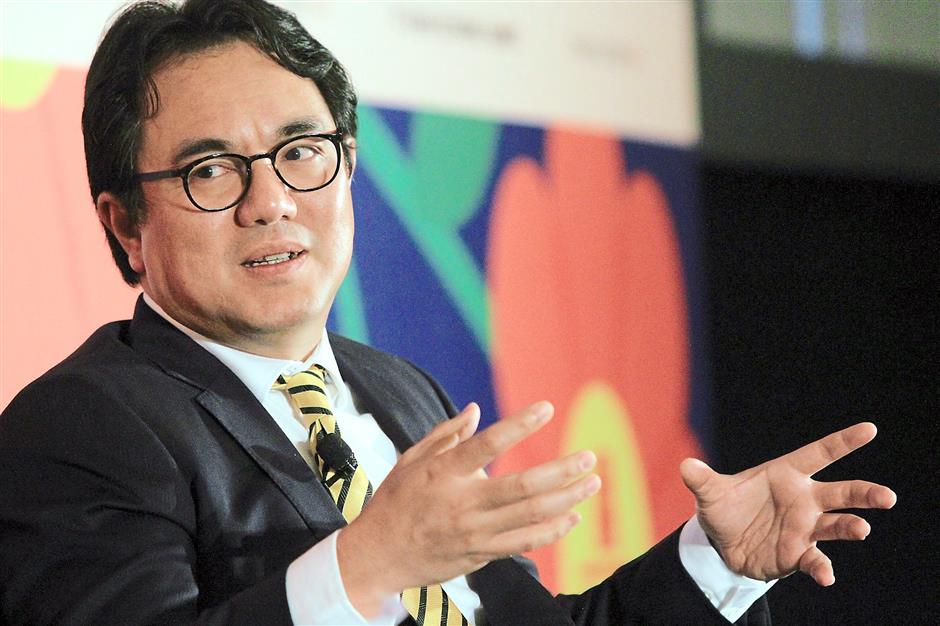 Chairman of Associations of Banks

The Budget rightfully addressed the escalating cost of living that directly affects the middle and low-income groups by adding more basic food and medicines to be zero-rated and exempted under goods and services tax (GST); raising BR1M, minimum wage and civil service starting pay and minimum pension; increasing several personal income tax allowances that have not changed for many years, and building affordable housing.

Measures are also not about “giving” but also “empowering” to improve their livelihoods and prospects via entrepeneurships and access to education and training.

Although there isn’t much for the financial services and banking industry in Budget 2016, we look forward to more initiatives for the sector that the Prime Minister promised in his budget speech.

It is a relatively defensive budget, and one that is required to deal with the challenges that we are facing. Because we don’t have much room to play, it is important that every ringgit we spend, it must be allocated efficiently, and spent effectively for results. 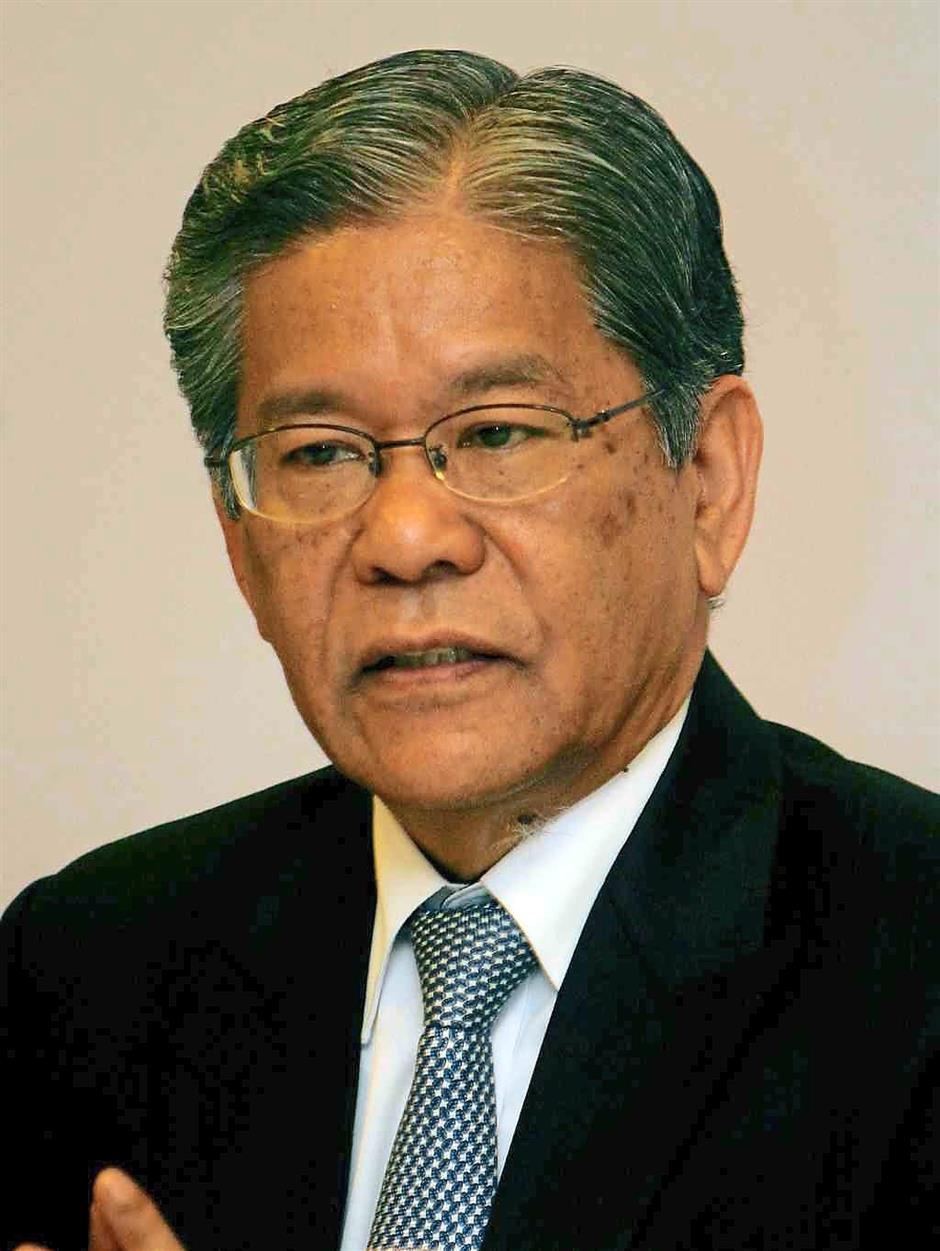 Lembaga Tabung Angkatan Tentera is encouraged by the Budget, given its impact on the areas we are participating in, particularly the maritime and pharmaceutical sectors.

The multiple initiatives put in place for the Malaysian Armed Forces are laudable, particularly the allocation of RM160mil to build 4,000 quarters for members of the Armed Forces.

On the Budget announcement that RM17.3bil is to be allocated to the Defence Ministry, including for the procurement of six littoral combatant ships, this is indeed a laudable move, given that we are one of the key participants in the maritime sector via the listed subsidiary, Boustead Heavy Industries Corp We support the Government’s firm and continued commitment to address the country’s fiscal challenge by further reducing the budget deficit to 3.1% of GDP, amid the more subdued growth in its revenue base.

The continued discipline in managing the Federal Government’s operating expenditure should augur well towards the efficient utilisation of the Government’s income and strengthening its fiscal position.

We welcome the Government’s pragmatic measures to support a sustainable economic growth. The continued engagement on investing in large-scale and high-impact development projects, infrastructure spending, as well as measures in energising the small and medium enterprises should create multiplier effects that will bode well for the economy and build capacity for the future. 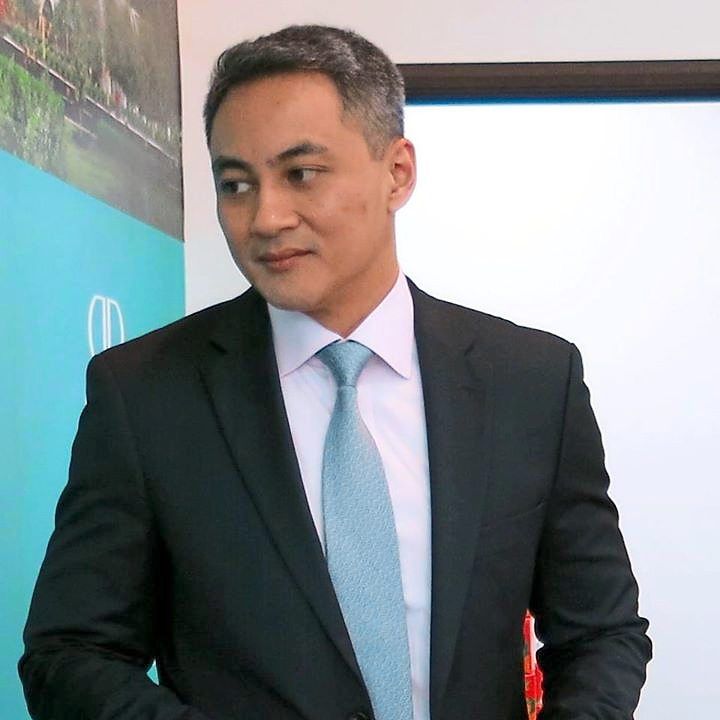 The Budget is positive in helping to put more money into the pockets of the lower income group, and hence increasing their disposable income.

Measure on the tax relief to help parents would further alleviate the burden of the lower income group.

Increased investment on high-speed Internet broadband is good to further increase productivity and efficiency in the country.

Through the various infrastructure projects announced, the spending will continue to stimulate the economy. Couple this with the increased GST collection, it will beef up our government coffers and put our economy on better footing. Although the Budget 2016 incorporated a few of the recommendations from the property sector, it is not sufficient. The best approach for young families to hedge against inflation from subsidy removal and GST is for them to own a home.

This is especially critical in the perspective of a developing country where inflation rate is expected to be higher than developed countries, but growth would be even higher, resulting in higher taxes for the Government to manage its budget deficit faster.

We hope the Government will reconsider relaxing the lending requirement for first-time homebuyers, as well as lowering real property gains tax rate for foreign buyers and restriction threshold on this category of buyers for properties in the Klang Valley.

As a property player, we will have to absorb the increased input cost but we appreciate that some of the GST cost increased is cushioned by the abolishment of sales and services tax.

We are delighted that the government has extended the withholding tax at 10% for real estate investment trusts (REITs) by another three years to Dec 31, 2019.

This extension will help to promote the development of REITs and boost the capital market and investments in real estate. It will also provide clarity to investors.

The incentive is only for resident/non-resident individuals, local entities, foreign institutional investors, particularly pension funds and collective investment funds receiving profit distribution from REITs listed on Bursa Malaysia. It does not include corporate investors.

It is an incentive because a REIT investor pays a withholding tax of 10% and need not pay income tax on dividends received, unlike stock dividends which are taxable.

With regards to attracting multinational corporations to set up their regional headquarters in Greater Kuala Lumpur (GKL), the Budget’s emphasis to strengthen infrastructure and the ecosystem will enhance GKL’s proposition.

The development of infrastructure like Aeropolis, CyberCity, our connectivity such as LRT, MRT, Bus Rapid Transit and HSR and educating our human talent will make us more attractive.