In its filings with Bursa Malaysia, GAB said yesterday that Heineken now owned a 100% stake in GAPL Pte Ltd, which, in turn, holds a 51% interest in GAB. This followed Heineken’s acquisition of the remaining stake owned by Diageo plc in GAPL.

“Heineken and Diageo have agreed to continue the current licence agreements for the Diageo brands,” GAB said in a statement.

“Pursuant to this transaction, GAB will continue to benefit from access to both Heineken’s and Diageo’s international brand portfolios,” it added.

GAB noted that Heineken had indicated its intention to remain as the group’s long-term majority shareholder.

GAB produces and sells a portfolio of beers and non-alcoholic malt beverages, including the Tiger, Anchor, Guinness and Malta brands. GAPL, on the other hand, is the licensee for Guinness and ABC Stout distribution for the Singapore market.

GAPL was one of the two joint ventures that Heineken had taken control of in a deal worth US$781mil (RM3.28bil) on Wednesday.

Besides GAPL, the Amsterdam-based brewer had also bought a 57.9% stake in Jamaican-listed Desnoes & Geddes – which sells the Red Stripe beer brand – and that effectively raised its stake to 73.3%.

Heineken said it would later make an offer for all the remaining shares in Desnoes & Geddes.

“The transaction will bring clear benefits to Heineken,” the group said in a separate statement.

“As majority owner, Heineken will be able to drive the investment and strategic direction of the operating companies in Jamaica and Malaysia. The Caribbeans and South-East Asia are strategically important for Heineken,” it added.

AMSTERDAM: Heineken NV took control of two joint ventures from partner Diageo Plc, spending US$781mil to shore up control of brands including Jamaica’s Red Stripe beer amid a consolidation sweep in the industry.

The Amsterdam-based brewer bought a 57.9% stake in Jamaica’s Desnoes & Geddes, bringing its holding to 73.3%, it said in a statement.

Heineken would later make an offer for all remaining shares, it said. The Amstel maker also now has full ownership of Malaysia’s GAPL Pte Ltd.

Heineken is streamlining control of joint ventures with Diageo amid a wave of acquisitions in the beer industry as demand for mainstream brands and the North American market wanes.

Heineken shares advanced as much as 1% in Amsterdam trading yesterday, while Diageo was little changed in London.

The deal with Diageo follows a July transaction to dissolve a joint venture in South Africa and neighbouring Namibia three years earlier than planned, with Heineken spending £128mil (US$195mil) to take control of beer sales.

Diageo will book a one-time profit on the transaction of £440mil after tax from yesterday’s deal. The spirits company also bought a 20% stake in Guinness Ghana Breweries from Heineken. 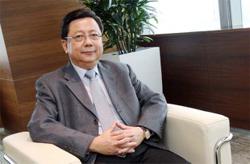