CAN Asian Think is a provocative book written in 1998 by the dean of the Lee Kuan Yew School of Public Policy at the National University of Singapore, Kishore Mahbubani, a prolific and brilliant thinker.

The book is a combative rebuttal of the idea that the dominant Western (read American) ideas are universalist, arguing that the Rest (of the World) has a lot to teach the West.

Re-reading it after more than 16 years, the questions raised by Mahbubani are as relevant as ever. Personally, I found the title rather condescending – of course Asians can think! The real issue is whether Asians can think strategically in their own interest, or whether they think that the dominant Western philosophy and values are so comfortable and relevant that they simply accept that the West is best.

The intellectual tide is going full circle. Since 1998, we have experienced two full-scale crises – the Asian financial crisis of 1998-1999 in which some Western polemicists gloated over Asian hubris, and the Great Recession of 2007-2009, when even Western intellectuals questioned whether unfettered capitalism was a dead end.

As one Asian leader said, when our teacher stumbles, what does the student do? This strategic question has not been completely answered, or at least the answers are different for different Asian countries.

President Obama’s trip to Asia was a belated personal confirmation of his “Pivot to East Asia” policy, first articulated in 2012 by then Secretary of State and Presidential wannabe Hillary Clinton. As the United States began to withdraw from Iraq and Afghanistan, and its discovery of shale oil making it less dependent on the Middle East, the Pivot strategy involved strengthening bilateral ties with allies in East Asia, and working relationships with emerging powers, such as China. The immediate unintended consequence of the Pivot policy was the eruption of the Ukraine crisis, whereby Russia took advantage of European weakness and diversion of US attention to effectively bring Crimea back to the Russian sphere of influence.

All of a sudden, the Cold War, defined as the struggle between Big Powers, re-emerged into the global risk equation. 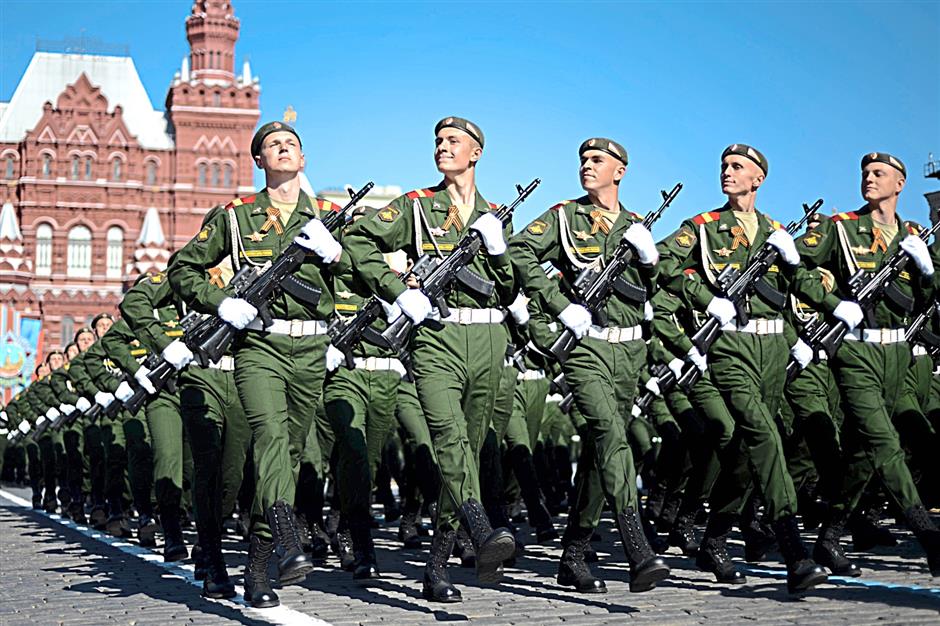 Russian soldiers march at the Red Square in Moscow during a Victory Day parade. Thousands of Russian troops marched in Red Square to mark 69 years since victory in World War II in a show of military might amid tensions in Ukraine following Moscow’s annexation of Crimea. -AFP

The Heartland is of course Central Asia, previously part of the Soviet Union, and the World-Island is the largest landmass of Euroasia, from Atlantic Europe to the East Asian Pacific coast, which commands 50% of the world’s resources. Many of today’s areas of geopolitical risk are at the frontiers of the Heartland – Ukraine, Syria, Afghanistan, Iraq, Iran and the South China Sea.

Mackinder’s innovation was to examine national strategy on a global scale, recognising that the British empire must use geography and strategic policy to its advantage against competing great powers.

Former British colonies understood very well the British strategy of “divide and rule”, playing off one faction against the other, so that Britain could rule a subcontinent like India without expending too much resources. But Britain did not hesitate to apply gunboats or cannon to maintain the strategic balance. Similarly, Britain played off one European power against another, until weakened by two world wars, her former colony, the United States emerged as the global superpower.

Seen from the long lens of history, we are in the second Anglo-Saxon empire, with America being the new Rome. Just as the Roman empire shifted its capital from Rome to Constantinople (now Istanbul) in the 20th century, power shifted westward from London to Washington DC.

In the 20th century, two island economies, Britain and Japan, played leading roles in intervening in the continents of Europe and Asia through maritime power, but by the 21st century, air and technological power through size and scale changed the game in favour of the United States. The United States is a continental economy defended by two oceans, the Pacific Ocean and the Atlantic, without a military rival within the Americas.

In contrast, Asia has been historically riven by war and territorial disputes.

In his new book, the Revenge of Geography, geostrategist Robert Kaplan argued how politics and warfare were determined throughout history largely by geography.

Even though the arrival of air travel and Internet suggest that the world may become borderless, the reality is that the world is becoming more and more crowded.

The next World War will be fought over water and energy resources, because there are limits to natural resources even as the global population exceeds 7 billion, going towards 9 billion by 2030.

For the world to avoid global conflict will require great skills and mutual understanding, because the geopolitical risks of political miscalculation and accidents are extremely high in an age of rising tensions due to inequality, chauvinism, religious and ethnic polarisation. As an old African saying goes, when elephants fight, the grass gets trampled. In the next big fight between the nuclear powers, there will be no winners.

Now that is something that not just Asians must seriously think about.

West Indies to temporarily halve salaries of staff and players 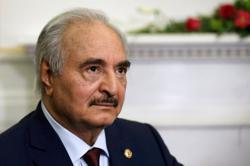 Russian fighters flown out of western Libya after Haftar retreat